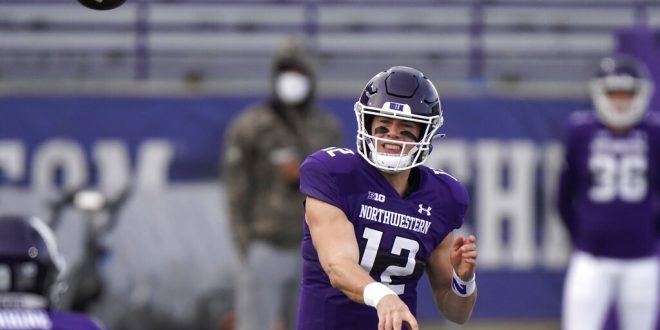 Northwestern football moves up to No.11 in the Associated Press top 25. This is the best ranking the team has received in the past 24 years. With three more games remaining in the season, the Northwestern Wildcats continue their undefeated season this weekend against Michigan State.

Last Saturday, Northwestern defeated and knocked off No. 10 Wisconsin in a 17-7 victory. This win allowed the Wildcats to move up in the AP Top 25. Climbing from 19th to 11th, Northwestern remains untouchable so far this season.

Now holding the number one spot in the Big Ten- West, Northwestern has managed 25.8 points per game with a total of 16 touchdowns. This puts them one step closer to playing in the Big Ten Championship Game against Ohio State, who also remains undefeated and is listed as No. 3 in the AP top 25 poll.

This week, the Wildcats meet with Michigan State, who has had a total of one win this season against Michigan.

Last year Northwestern finished last in the Big 10 West division. This year, head coach Pat Fitzgerald says, the team has made plenty of sacrifices to make sure they achieve much more this year.

“We are just really proud of our guys. We have been working hard to get back our pride.”

Getting ready to head on the road this week, Fitzgerald knows that the team has to mentally prepare to continue their historical season.

“I have a game plan, and we have to go get ready to go play a tough opponent Michigan state on the road.”

There is no doubt that Northwestern’s defense will play a huge factor in the team’s upcoming game. Last week defense played a strong force in their win over Wisconsin with three forced interceptions from quarterback Graham Mertz. Mertz was also sacked three times by Northwestern Defense.

Head Coach Fitzgerald says his defensive team has an unselfishness about them that will lead them to their success this Saturday.

“They don’t care about stats. They just care about playing the game hard, physical and for each other.”

Northwestern continues to be a big story in this year’s historical College Football season. With only three games remaining in the season, fans should not block out this team as a possible Playoff ranking. Tonight the College Football playoffs will release its first set of rankings.