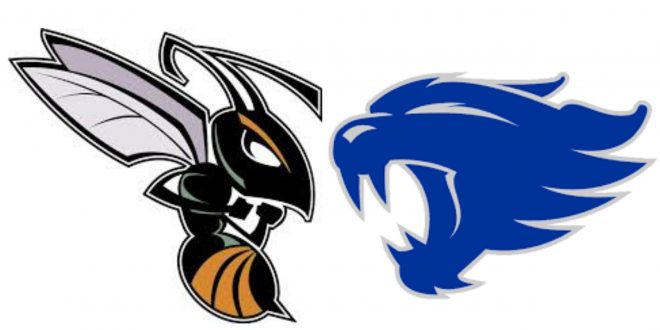 Hawthorne (8-2) and Wildwood (9-1) are all set for their upcoming high school football playoff game on Friday.

Both teams have been giving it their all this season, and this time, a regional title is on the line. The winner will move on to the state semifinals and play the winner of Union County (8-3) and Madison County (9-2) on Friday, December 4.

Last week, the Hornets beat Fort Meade (5-4) in their second playoff game. The defense was strong on both sides while offensively, both teams struggled.   There was light rain throughout the game that made things a little more difficult on the players, but that did not stop the Hornets from taking the win.

After a silent first half and third quarter, the Hornets started moving in. The Hornets almost scored a touchdown, but a fumble inside the Miners 10-yard-line ended the drive.

Hawthorne came back thanks to Jamal Nealy, giving the Hornets their first touchdown and lead of the game. Hawthorne scored again with a touchdown from Dre Lawrence, making the score 12-0 with 7:57 remaining in the game.

The Miners didn’t stay silent, scoring a touchdown with a successful kick making the score 12-7 with 5:12 left in the game.

Their strike back wasn’t enough as Hawthorne closed out the game and the Miners season.

Wildcats Up For The Challenge

In the second quarter with four minutes to go, Newberry had a rushing touchdown with a successful two-point conversion, making the score 24-8. Wildwood retaliated with another rushing touchdown bringing the score to 30-8 with one minute to go in the second quarter. Newberry got a hold of the ball with seconds left in the half and scored again, cutting the Wildcats lead to 30-16 at the half.

Closing with a scoreless fourth quarter, Wildwood beat Newberry 42-16 and moved on to play Hawthorne for a shot at the Final Four.