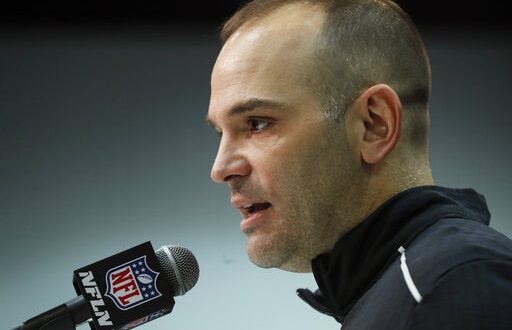 Caldwell was one of the league’s worst with the Jaguars

Caldwell took over as GM in January 2013. In his almost seven years as general manager, the Jaguars only had one winning season. Jacksonville went 39-86 during Caldwell’s tenure. The only winning season came in 2017 when the Jaguars went to the AFC Championship.

What’s next for the Jaguars?

Currently, the Jaguars are 1-10 and could have the second pick in the draft if the season ended today.

With Caldwell out, the attention now turns to the coaching staff. Head coach Doug Marrone’s seat only gets hotter as a new general manager comes in.

It will be interesting to see if Marrone keeps his job past this year. The Jaguars have already assured Marrone he is safe for the rest of this season, but we will see if the new general manager wants to bring in a new coach next season.

The Jaguars have drafted well on defense. Now, it’s only a matter of drafting the right quarterback and skill position players to solve the Jaguars offensive problems. Most mock drafts have Jacksonville selecting Justin Fields at the 2nd pick. However, the Jags are only one game back from the Jets for the top pick in the draft. Trevor Lawrence is the consensus number 1 pick in current mock drafts.

Both teams look to be really bad, and won’t be favored in any of their remaining games. Should be interesting to see who can get the number 1 pick and drafts Lawrence as the franchise-saving quarterback he is hyped to be.