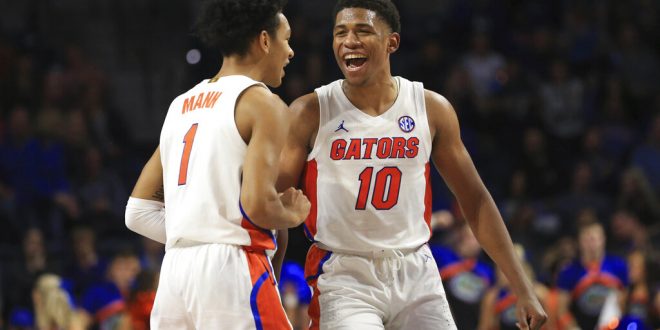 More hoops tonight as the Florida Gator men’s basketball team continues its season on the road against the Boston College Eagles.

Florida comes into this game off a win over the Army Black Knights on Wednesday, 76-69, while Boston College is coming off a loss to St. John’s Red Storm, 97-93.

Although the Gators pulled off their first win of the season over Army on Wednesday night, Florida had a rough start to the game. Florida found themselves in a hole early and trailed behind Army at the half.

Throughout the entire game, Florida struggled offensively. The Gators struggled from beyond the arc and finished shooting just 26 percent on threes. However, it was the opposite for the Black Knights, who were able to stay in the contest by nailing 41.7 percent of their threes.

Sophomore Tre Mann shined for the Gators in the season opener. The point guard led Florida in scoring with 19 points, six rebounds, four assists and five steals in just 22 minutes on the court.

The Eagles look to get their season on track after taking a tough loss to the St. John’s Red Storm.

However, even though the Eagle’s record may not off to the greatest start, the team has proved that they are a competitive team with the ability to score at a high level.

Boston College is led by Junior Wynston Tabbs. He averages 16.7 points, five rebounds and an assist.

Each of the Eagle’s former opponents, Villanova, Rhode Island and St John’s, all had major issues trying to keep Tabbs out of the paint. The Gators struggled to contain Army’s shorter, physical guards. In a lot of ways, Tabbs is similar to those players. However, he may be a little bit better of a player.

In addition, Boston College does a great job pushing the ball in transition. Over 26 percent of their shots have come on the fast break this year, leading the way in all of college basketball so far in this young season. Boston College knows their strengths and their weaknesses, and their strengths are driving the basketball and scoring at the hoop.

The Gators men’s basketball team and the Eagles tip-off at the Silvio O. Conte Forum tonight at 9:30 p.m. on ESPN.

Previous Can Steph Curry and Company Lead the Golden State Warriors Back to the Playoffs?
Next Columbia and Hawthorne remain in FHSAA playoffs 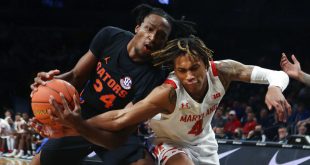 The Florida men’s basketball team (9-4, 0-1 SEC) hits the road Saturday for a matchup …