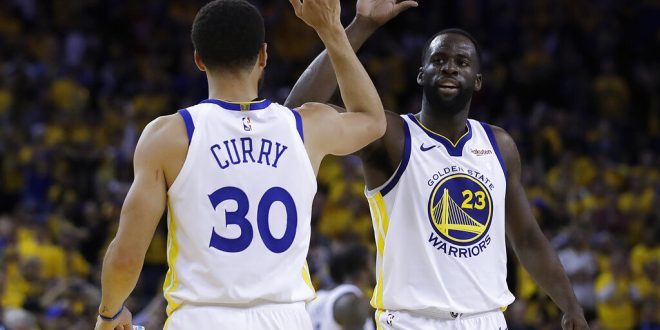 Can Steph Curry and Company Lead the Golden State Warriors Back to the Playoffs?

With the start of the 2020-2021 NBA season under three weeks away, the Golden State Warriors look to hope to find themselves back in the playoff hunt. In an injury-riddled season that sidelined both Steph Curry and Klay Thompson, Golden State finished with a 15-50 record. This marks the franchise’s lowest win total since the Philadelphia Warriors in 1953 (12-57).

Despite holding the worst record in the NBA, the Warriors received the No. 2 overall pick in the 2020 draft lottery behind the Minnesota Timberwolves. Golden State selected Memphis center James Wiseman before taking a pair of guards in the second round: Arizona’s Nico Mannion and Boise State’s Justinian Jessup. At Memphis, Wiseman only played in three games before the NCAA suspended him and he chose to focus on the draft instead. Still, the 7′ 1″, 240-pound center averaged a 20-point double-double in his three starts.

After suffering a torn right Achilles tendon, five-time all-star Klay Thompson will miss his second straight season. Thompson tore his left ACL in the 2019 NBA Finals, which kept him off the court during the 2019-2020 season.

Klay Thompson suffered a torn right Achilles tendon, an MRI confirmed today in Los Angeles. Thompson suffered the injury in a workout yesterday in Southern California. He is expected to miss the 2020-21 season. pic.twitter.com/w733cWawK6

The addition of Andrew Wiggins at last season’s trade deadline, however, helped combat the absence of Thompson down the stretch. The former No. 1 overall draft pick averaged just shy of 20 points across 12 games.

In addition, Kelly Oubre Jr. figures to fill some of the void left by Thompson after the Warriors acquired the small forward via trade. Oubre averaged a season-high 18.7 points per game last season with the Phoenix Suns.

With a variety of new faces on Golden State’s roster, Warriors head coach Steve Kerr aims to “get them acclimated as quickly as possible.” Kerr, however, noted some of the challenges facing the team this offseason due to COVID-19 protocol.

“We’re not able to put in the basics for James [Wiseman] and for Nico [Mannion] that we would normally have in terms of summer league and getting the guys used to NBA terminology and coverages,” Kerr said.

For now, Kerr has “tentative plans” and is willing to do “whatever it takes” to get the new players accustomed.

Hello, I am currently a junior at UF studying sports media journalism with a concentration in Political Science. I contribute web and radio content weekly for WRUF ESPN Gainesville. Be sure to check out some of my recent articles!
Previous Texas A&M hopes to stay alive against Auburn
Next Gators Men’s Basketball Continues Season on Road Against Boston College