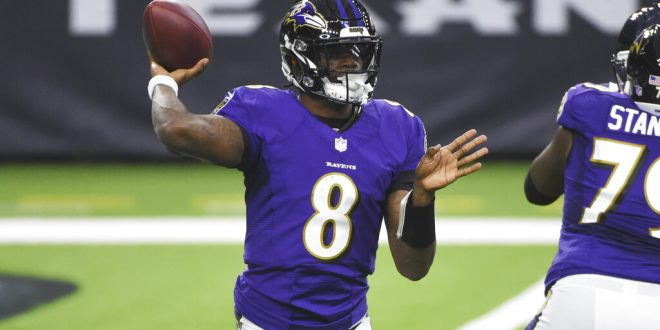 Survival of the Fittest: Cowboys vs. Ravens

The Dallas Cowboys face the Baltimore Ravens tonight at 8:05 p.m. at M&T Bank Stadium for a survival of the fittest matchup.

The Ravens (6-5)  are looking to snap their three-game losing streak after being hit hard by Covid-19 the past two weeks. The Ravens-Cowboys game was postponed twice, due to the Ravens’ lack of eligible players against the Pittsburg Steelers.

Additionally, the Cowboys (3-8) are looking to secure a win to improve their NFC East standing. The Cowboys are ranked last in the NFC East and last overall in the NFC. Without Dak Prescott and an under-performing Ezekiel Elliot, the Cowboys are facing a tough matchup against a highly defensive team.

Nonetheless, the Ravens have 11 players returning from the IR/ Covid-19 list, including 2019 NFL MVP Lamar Jackson.

The Ravens began the season in first place but are now fighting for a spot in the AFC wildcard race. However, Baltimore will need to win its remaining five games, including tonight, to have a postseason.

Yet, with a slow-recovering team, Baltimore’s spot is not secured. Of the 11 players activated from the IR/ Covid-19 list, the biggest impact will come from Calais Campbell, Brandon Williams and Jihad Ward on defense; and Mark Ingram on offense.

Campbell suffered a calf injury against the Colts on Nov. 8 and Williams suffered an ankle injury on Nov. 15 against the Patriots.

While Campbell is a defensive leader for the Ravens, and is one of the best pass rushers and run defenders, Williams and Ward bring support to the defensive line.

Mark Ingram is the Ravens fourth-leading rusher with 57 carries for 232 yards and two touchdowns. He averages 4.1 yards per carry and is sure to disrupt the Cowboy’s defensive line.

Moreover, with Lamar Jackson back in the pocket the Ravens are likely to spark offensive runs with WR Dez Bryant.

Bryant is playing the Cowboys for the first time since the team released him in 2017, after eight seasons,  after injuring his foot. Bryant is excited to see his former team and old teammates and has high regards for Cowboys owner Jerry Jones.

“He’s very passionate, I’m very passionate. And I think that’s why our relationship clicked the way it clicked,” he stated. “One thing I will always have for Mr. Jones is respect and I’m thankful that he drafted me and gave me the opportunity to play for his franchise.”

As one of the league’s most dominant receivers, Bryant is the Cowboy’s career leader in receiving TDs with 73. He averaged more than 1,300 yards with 41 TDs for the Cowboys in 2012-2014.

Bryant owes his return to football to his daughter, Isabella Rose Bryant. After suffering an achilles tear in his first practice with the Saints in 2018, leaving him out for the 2019 season, Bryant was not looking to return. Still, Isabella continued to ask her dad when he would return to the game he loved so much.

“My daughter kept asking me was I going to play football and I’d just ignore the question,” he began. “And I was like you know baby, I’m going to give it a go.”

Thus, with the Raven’s key pass-catchers Mark Andrews and Willie Snead IV out, Bryant will be Jackson’s go-to. Bryant has made 4 receptions for 28 yards in three games. If the Ravens feed him early on, Bryant can spark energy on the offense, relying less on their struggling defense.

Although 3-8, the Cowboys are one win away from the division lead if they win tonight’s game.

But, the Cowboys are among the lowest in rankings. They rank in the bottom five in pass defense and last in allowed ppg- allowing at least 34 points in 6/11 games. In the last 5/6 losses, the Cowboys lost by double digits with a losing margin of 17.5 points.

According to head coach Mike McCarthy, the Cowboys need to improve their consistency on offense.

Equally important, RB Ezekiel Elliot has not been performing well fumbling six times this season. He is averaging 4.4 yards per carry and 96 yards per game in three games for 20-plus carries. Still, McCarthy says Elliot has been consistent since day one and contributes greatly on and off the field.

In this survival of the fittest matchup, the Ravens are favorites to win.

The Cowboys are struggling to find their identity as a team this season without Prescott. The Ravens activated players list is increasing by the day and Baltimore is looking to secure a playoff spot.

CB Marion Humphrey, CB Marcus Peters and S Deshon Elliot are sure to match with Cooper, Gallup and Lamb. As a result, the run game for both teams tonight is especially crucial- all eyes will be on Elliot and Ingram.

Currently a student at the University of Florida obtaining a B.S. in Sports Journalism and Media, with a concentration in Sports Management. I am pursuing a career in sports media whilst open to careers in sports journalism, event planning, sports event planning, sports media and broadcasting and sports administration. I have a strong work ethic and am willing to learn various sports entities and programs in fast-paced environments.
@harperxxwrites
Previous Pitts- A Matchup Nightmare
Next Cancelation of Michigan-Ohio State Could Turn College Football on its Head 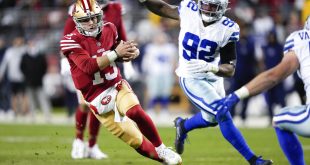