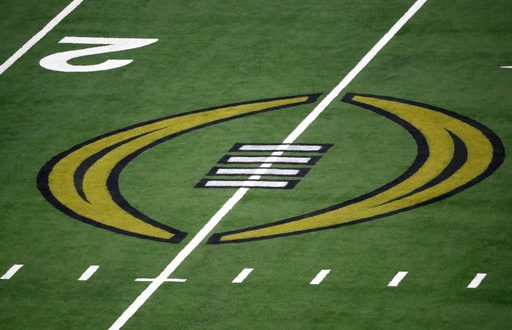 As the College Football Playoffs (CFP) approach, there are no major changes at the top of the Week 15 CFP rankings as the top six teams remain the same.

Alabama remains undefeated, and at No. 1, after their outstanding performance at LSU. With that win, Alabama clinched the SEC West. On Dec. 19, Alabama will face the No. 6 Florida Gators in the SEC Championship Game.

Notre Dame and Clemson are second and third on the list. The two teams will meet in the ACC Championship game on Dec. 19. Earlier this season, Notre Dame beat Clemson in double-overtime. This game was Clemson’s first regular-season loss since 2017.

Ohio State Questionably Remains at No.4

Michigan canceled their game against Ohio State on Dec. 12, due to a COVID-19 outbreak. Due to this cancelation, Ohio State is another game behind when compared to the other teams that remain at the top.

CFP Committee Chair Gary Barta did not hesitate in supporting Ohio States’ placement at No. 4.

Ohio State’s impressive win against Michigan State was a crucial factor for the Buckeyes to remain ranked fourth. On Dec. 5, Ohio State overwhelmingly defeated Michigan State with a score of 52-12.

Barta explained that even though the number of games played is a critical part of ranking teams, Ohio State’s high number of conference championships won was also an influential factor.

In order to remain contenders in the CFP, Ohio State needs to play this weekend or persuade the Big Ten to rewrite conference policies.

If Ohio State does not qualify for the conference championship, Indiana would represent the East. The Hoosiers have one loss in the seven games they have played this season, which was against Ohio State.