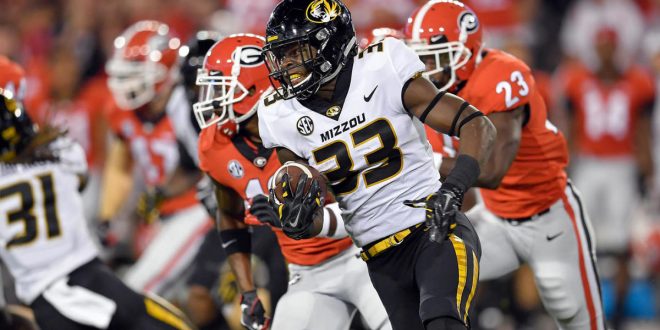 No.9 Georgia Bulldogs on the road taking on No. 25 Missouri Tigers

The Georgia Bulldogs are one the road to Columbia, Missouri hosted by the Missouri Tigers in an SEC matchup this Saturday..

the No.9 Georgia Bulldogs are on the road for the last game of the regular season, facing off against the No.25 Missouri Tigers. Both of these team are top-25 teams in the college football playoff rankings.

Georgia had high aspirations, including making the college playoffs this season, but fell short when taking a 44-28 loss to the Florida Gators.

The Bulldogs offense is ran by QB, JT Daniels who returned in the middle of November. Daniels has led the Bulldogs to victory the past two contests. Adding  a spark to Georgia offense are RB James Cook and RB Zamir White

The Bulldogs have had more than enough time to rest and get back to action after coming off of their bye week. Prior to this match up, Georgia played against South Carolina, on Nov. 28, where they defeated the Gamecocks 45-16.

This match up between these two teams was initially meant to be played Nov. 14, but the Tigers had to postpone due to related COVID-19 issues.

The Missouri Tigers come into this game with an impressive win, adding a fifth win to their record. The Tigers hosted the Arkansa last weekend where they battled it out defeating the Razorbacks 50-48.

Quarterback Conner Bazelak had this to say about Saturday match up against Georgia:

Kick off for this SEC match up is set for 11 a.m. in Faurot Field.