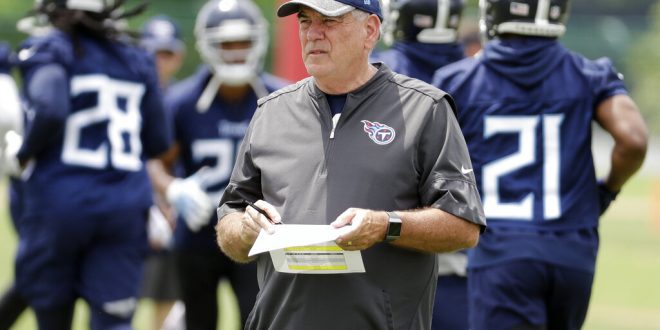 Arthur Smith replaced Dan Quinn as the new head coach of the Atlanta Falcons. Prior to be the Falcons’ head coach, Smith was the Titans’ offensive coordinator.

The Detroit Lions have also landed their new head coach too. On Wednesday, the Lions announced Dan Campbell as their new head coach. Campbell is a former Detroit Lion. Before heading to Detroit, Campbell served as the assistant and tight end head coach for the New Orleans Saints. He also was an assistant coach for the Miami Dolphins. Campbell went to Texas A&M where he played before being drafted by the New York’s Giants in 1999.  He also played for the Dallas Cowboys and the Saints.

The news that has made a lot of ink flow is the hiring of Urban Meyer. The Jacksonville Jaguars hired Meyer as the franchise’s next head coach. This is going to be Meyer’s first season coaching an NFL team. Meyer has won three national championships between his coaching stints at Florida and Ohio State.

Sirianni Takes over in Philadelphia

Talking about surprises, the news of firing Doug Pederson was immense. Pederson led the Eagles to two division titles and three playoff appearances and won the franchise’s only Super Bowl. Pederson was replace by Nick Sirianni. Before coaching the Eagles, Sirianni was an offensive coordinator for the Indianapolis Colts. He also worked as the offensive offensive quality control coach with the Chiefs before being promoted to wide receivers coach. He served served as the San Diego Chargers’ head coach and quarterbacks coach.

Brandon Staley has become Los Angeles Chargers’ new head coach. Staley served as the defensive coordinator for the Los Angeles Rams in 2020 and also served as an assistant coach for the Denver Broncos and Chicago Bears. He also played as a quarterback for the Dayton Flyers in Ohio.

Robert Saleh has become New York Jets’ new head coach. Saleh played for the Northern Michigan Wildcats. Upon graduation in 2002, he work as a defensive assistant with Michigan State University, Central Michigan University and the University of Georgia. He started coaching in the NFL as an as an intern with the Houston Texans and went on serving the San Francisco 49ers as a defensive coordinator. He was also an assistant coach for the Jacksonville Jaguars, Seattle Seahawks and Houston Texas respectively.