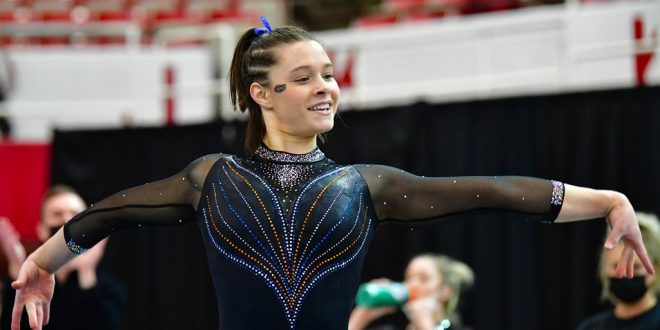 After another top-ten win, this time on the road against No. 6 Arkansas, the No.1 Gators will compete in their second meet at the O’Connell Center of the season. Florida will welcome the No. 24 Missouri Tigers to town, who are 0-3 on the season, Friday evening at 6:45 p.m.

The Tigers, led by head coach Shannon Welker, have had a frustrating start to their season. While they remain winless, Missouri has been just inches away from a win in each of their losses. They have lost their three meets by an average score of .78 points, including a loss to No. 4 Alabama by .025 points. Needless to say, the Tigers are better than their record indicates.

The team is led by sophomore Sienna Schrieber and freshman Amaya Marshall. Schrieber won the title for both beams and bars in their most recent meet, a home matchup against No. 12 Kentucky. Marshall, on the other hand, was the 23rd overall highest ranked gymnast in the nation for week three. Missouri will need more gymnasts to improve if they want to start generating wins, but the talent on the team is evident.

Thomas Looks to Return to Form for Florida

Junor stand-out Trinity Thomas came back down to earth in weeks two and three (for her standards, at least). After a blazing finish to the 2020 campaign, and a nation-leading performance against Auburn, Thomas was outside the top ten in the nation in Florida’s meets against both Georgia and Arkansas. Thomas will hope to bounce back at home, and potentially secure her first ten of the 2021 season.

Even though the team’s star has not performed her best as of late, the team has found different gymnasts each week to lead the way to victory. After junior Nya Reed won the title of SEC Specialist of the Week against Georgia, two new faces for the Gators won weekly honors against Arkansas. Fellow junior Savannah Schoenherr claimed the weeks’ SEC Specialist of the Week award after her 9.95 on the vault and a 9.90 on the beam. Senior Megan Skaggs also broke out, earning the title of SEC Gymnast of the Week. Skaggs won the all-around title at the Arkansas meet, scoring the third-highest point total in the nation for week three.

The meet between Florida and Missouri can be viewed on the SEC Network on Friday, Jan. 26th at 6:45 p.m.

Carson Cashion is a second-year student at the University of Florida, and has a major in journalism with a specialization in sports and media. Originally from the Orlando area, Cashion has covered the UF Gymnastics team as well as Oak Hall athletics for ESPN Gainesville.
Previous Florida Men’s Basketball Extends Win Streak to Three Games
Next Eastside Boys Soccer Ties on Senior Night