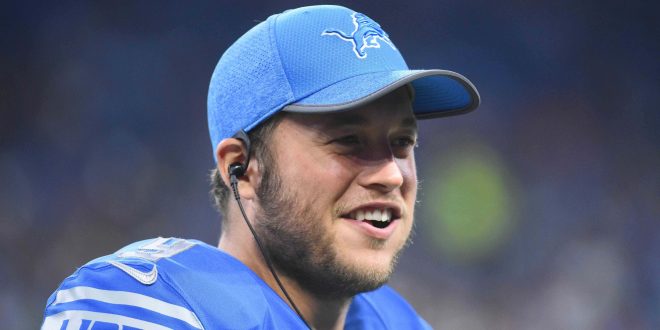 Will Indianapolis go with Matthew Stafford?

The Indianapolis Colts are in a great position. They boast one of the league’s best defenses, a top-notch offensive line and elite skill position players.

However, Philip Rivers retired. Now, the Colts must look for their future quarterback this offseason to lead their team. Matthew Stafford seems to make the most sense.

Irsay talked about the kind of guy they would go after.

He also said he believes his team is close to winning a Super Bowl, and they just need a great veteran quarterback to push them over the top.

ESPN’s Dan Graziano talked about what the Colts’ options are.

Just like Indianapolis, with all the great quarterbacks available, Matthew Stafford has options on where he could end up. The San Francisco 49ers seem to be the biggest competition for the Colts. The 49ers also have a ready-made Super Bowl-caliber roster and cap space.

Another interesting team for Stafford to consider is the Washington Football Team. There’s a possibility Washington found its quarterback of the future in Taylor Heinicke. However, Stafford is a proven starter and could easily elevate an already sneaky good Football Team roster.

A few other dark horse teams to think about are the Broncos, Patriots and Panthers.

With basically the entire league focused on Deshaun Watson, it will be interesting to see where Stafford ends up.