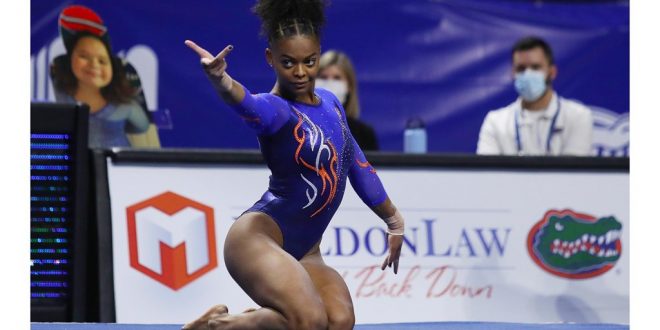 No.1 Gators Return to Face No. 15 Wildcats

The No. 1 Florida Gators return to the O’Connell Center this Friday to take on the No. 15 Kentucky Wildcats. The team will make its’ first appearance in Gainesville since their last-minute victory over the No. 2 LSU Tigers, where Trinity Thomas earned her first 10.0 score of the season, and the result of the meet came down to the final moments. Now, the Gators will look to keep their momentum rolling against another SEC opponent.

After an up-and-down beginning to the season that included two losses to No. 8 Alabama, Kentucky earned their first signature win of the season when they upset the No. 5 Arkansas Razorbacks. The win was carried by junior Josie Angeny, who earned the all-around title of the meet; she earned a career-high 9.900 on the bars, and a 9.875 on the beam. Both of these scores earned her a share of the event titles.

While these scores were great for the Wildcats in their win over the Razorbacks, taking a glance at the same-day scores in Baton Rouge show the difference between the teams. Angeny’s score on her bar routine would place third on the Gators’ lineup against LSU, and her score on the beam would place fifth. This does not indicate a lack of quality on the Wildcats roster, but rather a standard of excellence amongst the Florida gymnasts. If Kentucky wants a shot on Friday, it will take a herculean effort from the Wildcats.

After such an emotional and exciting night for Thomas and the Gators, they will need to make sure that they come into the meet on Friday as prepared as ever. Kentucky showed last week that the team is capable of upsetting some of the elite powers in college gymnastics, so the victory over Arkansas should be a firm warning: do not overlook these Wildcats. Head Coach Jenny Rowland and her gymnasts have preached consistency and “keeping things normal” all year, so that message will be put to the test this week.

Furthermore, the Gators will look to improve even more after their performance at LSU. Thomas will look to secure her second 10.0, and gymnasts like junior Savannah Schoenherr, senior Megan Skaggs, and junior Nya Reed will all look to capture their first perfect scores of the season. Thomas and Reed both earned All-SEC honors this week, so they will look to keep their momentum going.

Besides the meet taking place on the gymnastics floor, the center of attention will be on the uniforms and t-shirts laden with pink; this Friday will serve as the team’s 15th annual “Link to Pink” meet. As always, the night serves as a way to draw attention to breast cancer awareness and treatment. Both teams will wear pink in their uniforms, and pink shirts will be sold to fans.

The meet between the Gators and Wildcats will get started at 6:45 p.m. The meet can be viewed on television via the SEC Network.

Carson Cashion is a first-year student at the University of Florida, and has a major in journalism- sports and media. Originally from the Orlando area, Cashion covers the UF Gymnastics Team, having formerly covered Oak Hall Sports.
Previous Chiefland’s Dominant Start to High School Baseball Season
Next Gators Women’s Basketball Falls to Alabama