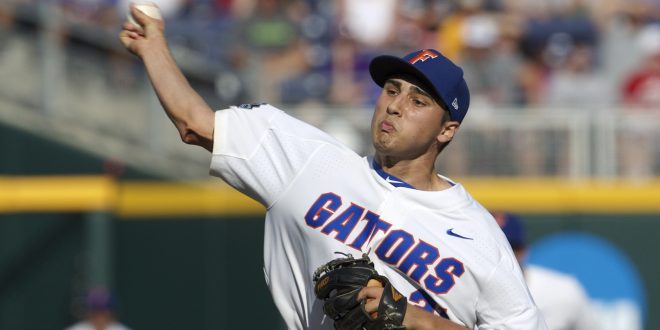 He won the College World Series Most Outstanding Player and helped Florida win its first title in school history in 2017. That year, Faedo was drafted by the Tigers in the first round of the MLB Draft. He spent two years in their farm system after sitting out in 2017, and was named to the Tigers’ 40-man roster at the end of last season.

Faedo recently discussed his surgery, along with the obstacles that he has faced with rehabbing and returning to top form.

Tommy John is a common surgery in baseball performed to reconstruct the UCL, a ligament in the elbow that often stretches or tears in the case of pitchers. But, the impacts of the surgery can vary tremendously. Some pitchers recover well from Tommy John surgery and continue to have successful careers. For others, the surgery can permanently change their pitching form and they struggle to pitch like they once did.

Faedo initially felt discomfort in his arm after spring training in 2020, when he returned from a 20-day quarantine for COVID-19. It wasn’t until the following offseason that he would get the surgery to reconstruct his UCL.

A key part of rehabbing Tommy John surgery is having good trainers and resources to aid the recovery process, which can take upwards of a year. Faedo expressed optimism about his team, praising their efforts in his recovery, including helping him regain weight lost from COVID-19.

Also working to relearn his pitching form, Faedo talked about some of the exercises he has implemented into his recovery process. He hopes to make a full recovery in time for spring training next year.

With a long recovery timetable ahead, hopefully Faedo can take the mound in 2022 with a renewed and healthy arm.