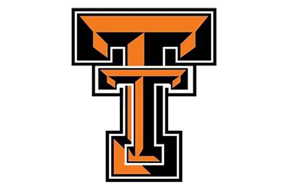 After a tremendous season, the Trenton girl’s basketball team had their season come to a close in the state semifinals against the defending State Champions, Hawthorne High School.

The Tigers fell 43-32 despite a strong game from Jordan Douglas.  The junior led the team with 13 points in the the loss.

Trenton’s head coach Bryant Frye had this to say about his team’s season.

It was a terrific start to the season for Trenton as they won their first ten games of the season. Their first loss came in their final matchup in the Jasper Tournament to the University Christian School and then dropped their last game before District play began against Providence School.

However, the Tigers went 10-0 in league play and defeated Hilliard and Branford in the district tournament. Trenton then defeated Branford again in the Round of 8 for their fourth win against them this season before they fell to Hawthorne in the State Championship Semifinals.

Samarie McHenry finished the season as the leading scorer. She averaged 14.6 points per game but was limited to just three in her last state semifinals. She also led the team with 10.2 rebounds per game and had 56 steals in 28 games.

Both Jordan Douglas and Bri Becker finished tied for second with 10.6 points per game, while Becker averaged 7.4 assists per game. Kinsey Akins, Ta’tyiana Jackson and Alexis Hill all scored at least 85 points this year.

One of the most impressive stats from this year comes on the defensive side of the ball. They averaged 26.8 points per game in their wins and allowed single digits twice this season.

While Trenton will lose both Akins and McHenry to graduation, they will likely return seven juniors from this year’s team as well as freshman Brianna Karanja. In addition, the Tigers will expect several new players for the start of the 2021-22 season.