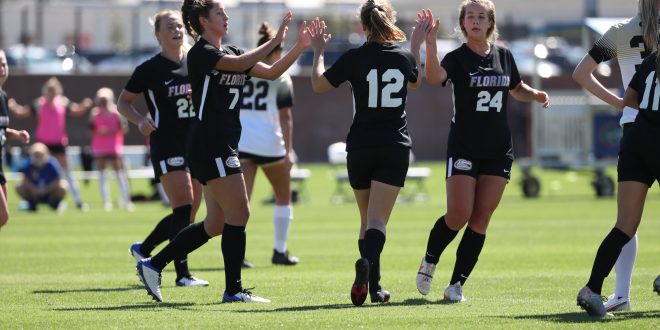 Similar to their previous match in the fall, both goals were scored in the first half. A stalemate then took place where both teams went scoreless in the second half and overtime.

This match was originally scheduled for Sunday but moved to Monday due to weather. Seemed like it was the correct decision.

I’m here at Georgia Soccer Park in Atlanta as Florida takes on Georgia, follow along for updates. @alligatorSports pic.twitter.com/NpHRQYUoj4

The match started off quick with a Georgia goal from Ashley Andersen in the 5th minute. Giving Georgia the early lead of 1-0. But Florida would answer quickly with a goal of their own. For the third straight match, freshman Beata Olsson figures out a way to score a goal for Florida. The goal came in the 16th minute.

After being named last week’s SEC offensive player of the week, Beata Olsson continues to impress. This was her sixth goal of the season, the fourth in the last three matches. She is also second in points on the team with 12 on the year.

The goal was assisted by Shaye Seyffart and Madison Alexander. This was Madison’s third straight match with an assist and has scored at least one point in every match this spring season.

The rest of the match would go scoreless, even through double overtime. For the second time this year, Florida and Georgia finish their matches tied at 1-1.

The Gators will play their final regular-season game in Coral Gables against Miami on Saturday, Apr. 3 at noon.

This will be Becky Burleigh’s final match as the Florida Gators soccer head coach. She is retiring following the end of this spring season.

Previous Baylor vs. Arkansas: Preview and Predictions
Next UConn Survives Against Baylor