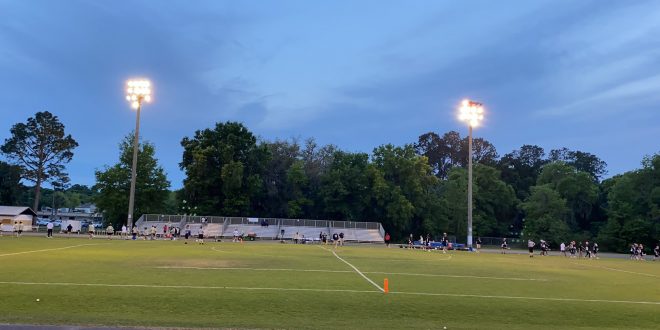 The Buchholz Bobcats boys lacrosse team topped the Leon Lions on Monday night by a score of 10-2.

The Bobcats had entered a 7-day quarantine earlier in the month and faced a tough Oak Hall team just over a week ago. Following a 12-1 loss against Oak Hall, Buchholz hoped to bounce back against the Lions on Monday.

The Bobcats started out hot, netting three goals in the opening quarter. They took a 3-1 lead into the second quarter.

Buchholz exploded to open the next quarter, scoring 3 goals in the span of 2 minutes.

John Allen Willis opened the scoring in the second quarter at the 9:47 mark. His goal was quickly followed up just 32 seconds later by Conor Monahan, who capitalized off of a flawless centering pass from midfielder Spencer Taylor. Buchholz was not done yet, as Caleb Ransom added another score for the Bobcats, 40 seconds later. This offensive explosion put the Bobcats up 6-1 early in the second quarter.

Leon began to dial up offensive pressure following the Buchholz attack and were put on a man advantage after a penalty. Leon’s Levi Roland juked out a Buchholz defender before attempting a strong shot that was saved by the Bobcats’ Aiden Smale.

After Buchholz killed off the penalty, they once again began an attack. A slew of saves by Leon’s goalie was wasted after a Lions turnover immediately led to another Buchholz goal, this time by Aaron Lower.

Buchholz would take a 7-1 lead into halftime.

Buchholz gave up a penalty to open the half and immediately gave the Lions some momentum. A turnover by the Bobcats in the defensive zone led to a quick goal by Leon’s John Henry Klekamp, who was able to bounce the ball past the goalie.

Buchholz quickly found themselves down a man once again, as they gave up a second penalty shortly after. However, the Buchholz defense made a stand this time and held Leon to a scoreless man advantage. A save by Bobcats’ Aiden Smale, who then ran all the way to midfield started an immediate offensive attack. However, Leon stepped up defensively and was able to thwart the Buchholz scoring opportunity.

Buchholz could not be stopped for long, however, as a Leon turnover allowed Buchholz’s Evan McNamee to capitalize on a wrap-around goal. This extended the Bobcat lead to 8-2 with just over 5 minutes to play in the third quarter.

Aaron Lower once again added another goal for Buchholz as he was able to weave his way through a series of defenders in the closing moments of the quarter.

The third quarter appeared to be over as the seconds ticked away. A crowd of players from both sides battled for a ground ball next to the Leon goal, which was eventually won by Buchholz’s Braydon Girard. Girard somehow managed to throw the ball behind his back and into the back of the net in the final second of the quarter. Buchholz took a 10-2 lead heading into the last quarter.

Buchholz Closes Out The Game

Unlike the first three quarters, the final quarter was a defensive battle. Both teams alternated being on man advantages and attacking in the offensive zone. Despite the score, intensity remained high as both teams looked to gain scoring opportunities.

Leon’s Wyatt Parker saw the quarter’s greatest scoring opportunity, ripping a shot off of the cross bar. Both teams remained aggressive on offense, but neither team managed to find the back of the net in the final quarter.

With the season coming to a close in the upcoming weeks, Buchholz coach Casey Adams offered his comments on the season’s challenges and the games yet to come.

“It was certainly pretty tough [going 20 days without playing]. We canceled a lot of important games that we really were looking forward to playing which was a bummer. With Covid, it is hard to reschedule those,” said head coach Casey Adams when asked about the quarantine setback.

Coach Adams said the team continued to watch film and communicate as best as possible while in quarantine.

“It’s been hard. When we came back and had to play one of the toughest teams, it really showed,” said Coach Adams about their first game back against Oak Hall, a crosstown rival.

The team was only able to reschedule one of the games that they missed during quarantine and will face five more teams before entering the playoffs. The Bobcats will look to continue their momentum in the following weeks.

The Buchholz Bobcats will travel to Ocala to take on the Forest Wildcats on Wednesday, March 31st at 7:30 p.m. 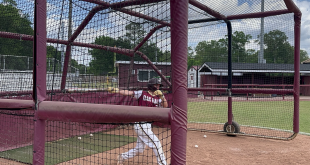