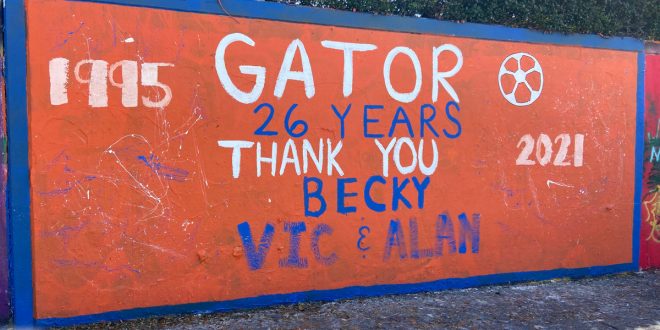 Gators Soccer team commemorates the coaches and their impact on the school and team.

Florida Gators soccer sends Head Coach Becky Burleigh and seniors off with a 2-0 win over Miami (1-11-1) in Coral Gables.

This also caps off a 26-year career for Becky Burleigh, announcing her retirement from coaching in January.

Recap of The Final Match

Although both teams were evenly matched, the Gators were able to find the net a couple of times and that made the difference.

An early finesse goal by Beata Olsson in the 5th minute. It started with a mistake from the goalkeeper for Miami. It was her first time starting and she mistakenly dropped the ball to her teammate in front of Olsson. Beata took advantage of the miscue, deflected the clear attempt off the crossbar. She then cleaned up the ricochet and scored the goal.

This was Beata’s seventh goal of the spring season, the fifth in the last four matches. She has a bright future ahead of her at Florida.

Following the goal, each team settled down and had equal attacks and opportunities. It was a tight match for a good period. The Gators defense was very solid, when they were behind on a play, as the defenders were able to swarm the Miami forwards quickly and diffuse any scoring situations. If not the defenders, Susi Espinoza in her final game as goalkeeper, played well. Two saves on the day and her third shutout of the season. Espinoza had 11 career shutouts.

The second goal was essentially the dagger. Red-shirt sophomore Samantha Tobar scored her first career goal for Florida with the assist coming from Kouri Peace.

This goal was long overdue for Florida. The team started to become too meticulous with their passes and would turn the ball over before they could get a shot off. Tobar finally lets one rip and ends up finding the net.

Although, the record isn’t pretty this was a successful season. Best of luck to these seniors in their post-graduate lives:

And thank you to Becky Burleigh, Vic Campbell and Alan Kirkup. You too, have represented Florida well. For setting and upholding the Gator standard from the beginning.

Becky will continue to teach classes at UF for the College of Health & Human Performance.

This could easily be a day to make a huge deal of all the accomplishments, awards and accolades Becky has achieved at Florida. But for Becky, it was never about that. It was always about the connections she made with the people around her. She has touched so many lives and she is just as appreciative of them as they are for her.

Thank you Becky for all you have done for UF. For the countless number of lives you have made better and for many more to come. 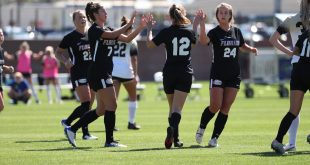