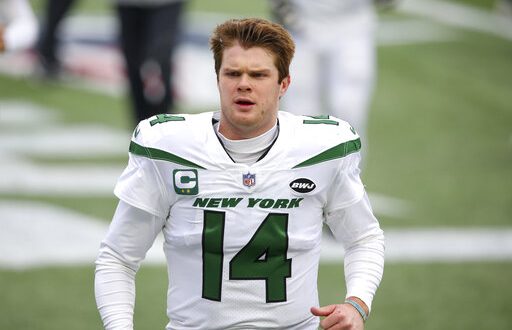 It’s been an eventful off-season in the NFL. Just as it appeared the news was slowing down, another big trade breaks.

The New York Jets agreed to trade starting quarterback Sam Darnold to the Carolina Panthers for a sixth round pick in 2021, and second and fourth round picks in 2022. With it, the former 3rd overall pick gets a fresh start in Charlotte.

A New Home for Darnold

Despite being drafted over three years ago in April of 2018, Sam Darnold is just 23 years old.

He’s a year a younger than Bengals’ starter Joe Burrow, who just completed his rookie season. In addition, he’s just a year older than Mac Jones, who will be drafted in 24 days.

The point is, Darnold is young. Really young. And he has plenty of time to prove his worth in this league.

Many have argued that Darnold’s struggles in New York have been related to former Jets offensive-minded head coach Adam Gase. As a head coach, Gase’s offenses have had an average season rank of 29th in yards and 27th in points. His offenses plummeted as time progressed and his offense ranked last in yards during his final two seasons in New York. It’s clear that Gase’s scheme was of no help to Darnold’s growth.

In Carolina, Darnold may be dealt a far better hand. Simply put, offensive coordinator Joe Brady is a brilliant young offensive mind who has the potential to turn Darnold around.

Brady was the mastermind behind LSU’s unstoppable, National Championship-winning offense in 2019. Brady’s 2019 offense averaged 48.5 points per game. The mark is good for five more points than the next best, and was most by any SEC team this century (until Alabama eclipsed it in 2020).

In Carolina last season, Brady played a hand in resurging the careers of two receivers: Robby Anderson and D.J. Moore. Both Anderson and Moore ranked in the top 15 in receiving, with each totaling over 1,000 yards last season.

Moore and Anderson are still in the fold in Carolina, and will be tremendous weapons for Darnold next season. Darnold spent two years with Anderson in New York.

It also appears Darnold is excited to be on the move to the Panthers.

With the move, the plan for New York became far more clear. Stockpile draft picks. Build for the future.

Step one is finding Darnold’s replacement. The Jets are well positioned to do so, as they hold the second overall pick in the draft. All signs point to New York taking BYU’s talented Zach Wilson.

Next, the Jets must surround their young arm with talent. This offseason, the Jets aimed to just that, throwing money at receivers Corey Davis and Keelen Cole. But they’re not done yet. With two firsts and two seconds in this year’s draft, and double firsts and seconds in 2022, the Jets can get who and what they want.

Unlike the last regime, Joe Douglas has been patient and wants to build via the draft. He's locked and loaded.

The Jets have been patient, and are well positioned to build a contender. Meanwhile, the Panthers may have found their franchise quarterback. It’s a trade that may very well work out for both teams in the long haul.

Will Levenson is a Journalism and Sports Media major at UF. He produces daily shows for WRUF, including "Sport Scene with Steve Russell," "Harp on Sports," and "The Tailgate." In addition, Will provides weekly sports updates for WUFT News and radio Sportscenters for WRUF radio. Will has been a writer at ESPN Gainesville since September 2019.
@BigWillLevenson
Previous Kadarius Toney Making Leap to NFL
Next Andy North Gives Thoughts on Masters