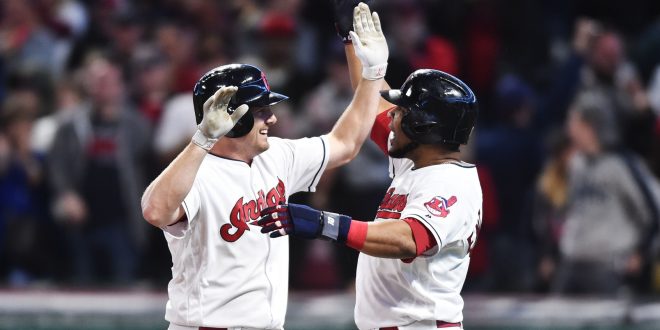 Bruce informed Yankees’ manager Aaron Boone of his decision during a private meeting on Friday and made his announcement to the public on Sunday. His retirement comes just 15 games into the regular season.

“Ultimately, I felt like I couldn’t perform at the level I expected out of myself,” Bruce told reporters.

The 34-year-old three-time All-Star and two-time Silver Slugger made the Yankees Opening Day roster but has had an unimpressive start to the season. Bruce’s batting average sits at a troubling .118, going 4 for 34 with one home run and 13 strikeouts. He recently made the switch to first base, starting seven of the first 14 games in place of Luke Voit, who is out with a torn meniscus.

“It’s tough, but I feel peace with it,” Bruce said. “I feel so great about the game. I love the game of baseball”

"I hope that I leave it better than I found it." pic.twitter.com/gMAM6Uk3Z5

Bruce appeared on several different rosters during his 14 MLB seasons. His career began in 2005 with the Cincinnati Reds organization, working his way up through the minor leagues before signing his first MLB contract in 2008. Bruce stayed with the Reds until 2016, when he was traded to the New York Mets. In the seasons that followed, Bruce would be traded to the Cleveland Indians, back to the Mets, Seattle Mariners, Philadelphia Phillies and New York Yankees. He holds a .244 career average with 319 homers and 951 RBIs.

Bruce said his fondest baseball memory was his game-ending homer against Houston in 2010 that clinched Cincinnati’s first division title since 1995. “To know that the single moment that I’m going to remember most of my career was 10 or 11 years ago now is pretty crazy,” Bruce said. “And looking back, it makes me appreciate everything else more because so much has happened since then.

Jay Bruce has announced his retirement after 14 seasons and 319 career home runs.

One of his biggest homers was a walk-off shot to clinch the NL Central for the @Reds in 2010. pic.twitter.com/uGgPYUeNIk