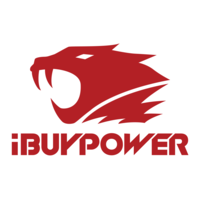 The logo for iBuyPower, a notorious CS:GO team.

FEATURE: The Forgotten Story of iBuyPower

In the quarterfinals of the first Valorant tournament, 100 Thieves faced T1. Now, casual Valorant fans may shrug off this First Strike matchup as two premier teams facing off. But Counter-Strike: Global Offensive fans should recognize the significance of these lineups meeting. iBuyPower, the notorious North American CS:GO team met again.

In professional CS:GO, Europe is king. North America didn’t have the same caliber of teams in the early days of the game. iBuyPower was a feared regional squad in NA but internationally could not find success. The core roster included:

The team had mixed results, winning ESEA Global Finals Season 15, but also placed 13th-16th in ESL Major Series One Katowice 2014. It wasn’t until the addition of two players would the team find consistent success.

A New Leader and Young Talent

In March of 2014, the organization signed Joshua ‘Steel’ Nissan and Braxton ‘Swag’ Pierce. Steel is an in-game leader or the person who calls set plays and instructs the team on the best course of action during a match. Swag was just 15 years old at the time of joining the team. With the addition of a strong shot-caller and the young gun, iBuyPower started to make North America look like a contending region.

iBuyPower started a string of victories by winning CEVO Season 4 and ESEA Invite Season 16 North America. In August of 2014, iBuyPower played in ESL One Cologne. The team was placed into Group C, which consisted of European teams Virtus Pro, dAT Team and Fnatic. The North Americans were able to defeat dAT team but unable to weather tournament favorites Virtus Pro or Fnatic.

In October 2014, iBuyPower and North America looked to finally edge their European counterparts in the FACEIT League Season 2 finals. The team was again placed in the same group as Fnatic. They were unable to beat the Swedes, only advancing to the playoffs on rounds won over the other group team Dignitas.

iBuyPower faced off against the star-studded French Team LDLC in the semifinals. In one of the most memorable series ever played, iBuyPower knocked off LDLC 2:0. Map 1 went the distance and then some, lasting a whopping 58 rounds on Inferno (regulation is 30). North America and iBuyPower rejoiced when the team then won Dust 2 16-12.

In the finals, iBuyPower yet again faced Swedish monsters Fnatic. Playing on Dust 2 again, iBuyPower secured Map 1 against the Europeans. iBuyPower then dropped Mirage 8-16 and Inferno 10-16. On infamously defense-sided Nuke, iBuyPower picked up a measly two rounds on the attacking side. Down 13-2, they would have to run the gauntlet to reach a final map. They couldn’t. Fnatic ultimately prevailed, winning Nuke 16-14 and the series 3:1.

In 2013, the Valve Corporation, developer of CS:GO, published the ‘Arms Deal’ update. The update brought cosmetic upgrades, or skins, to the game. For $2.50, players could ‘unlock’ a ‘case’ and win a random skin. Players sell skins through the Steam client or trade them to other players. Skins were categorized by rarity, meaning some skins could cost upwards of $10,000.

Third parties soon took advantage of the situation. Gambling websites began popping up. Users could bet their skins on professional CS:GO matches and win (or lose) other skins. These websites were not sanctioned by Valve and before Murphy v.s. NCAA, operated in a somewhat grey legal area at the time.

Before their offline success of October, iBuyPower participated in CEVO Professional Season 5 in August. This matchup saw iBuyPower playing NetcodeGuides.com. iBuyPower was heavily favored on betting websites. They then dropped the map 4-16, using questionable tactics such as going for melee kills.

In January 2015, things turned sour. Player Shazeb ‘Shazam’ Khan provided text messages to media outlet Dot Esports showing iBuyPower discussing throwing the match. More evidence surfaced when a former girlfriend of iBuyPower associate Derek ‘dboorn’ Boorn released screenshots of their conversation further discussing the scandal. With the assistance of another associate, the team won a total of $10,000 in skins betting against themselves on CSGOLounge.com

On Jan. 26, 2015, Valve published a post on their official blog titled ‘Integrity and Fair Play.’ In the post, Valve addressed the allegations of match-fixing and issued bans for the iBuyPower lineup. The members were indefinitely banned from all Valve-sponsored events.

An open letter to Valve regarding the iBUYPOWER bans – http://t.co/E5VBVYk7Xv

In the blog post published by Valve, one player evaded the banhammer. Skadoodle did not accept skins from the match and was therefore not punished by the developer. The marksman eventually went on to join Cloud 9 and win North America’s first Major in 2018.

Following their bans, the four remaining members of iBuyPower had brief stints in other esports. AZK and Steel switched to Overwatch for a short time. Swag and Dazed still played pick-up games with other pros but didn’t play for a team. In April 2020, Riot Games released Valorant, an FPS similar to CS:GO. All players made the switch and are playing on professional teams.

Announcing the newest addition to our VALORANT roster: Steel.@JoshNissan is an incredibly skilled & talented player from the Counter-Strike scene. We’re so excited to start a new chapter of his competitive career with him in VALORANT. Welcome to 100 Thieves! #100T pic.twitter.com/qZyGKhnZG4

Matthew Bell is a senior at the University of Florida. He completed his associates degree at State College of Florida in Bradenton and transferred to UF in 2019. His favorite sports are American football and baseball.
@@write_matthew
Previous Pat Dooley’s Front Nine April 30
Next Gators Baseball Drops Series Opener to No. 2 Vanderbilt 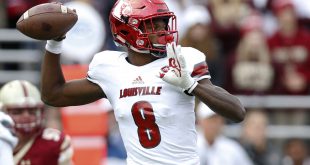 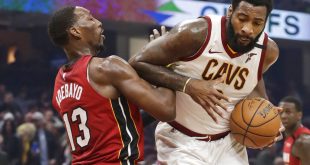 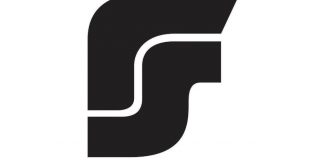 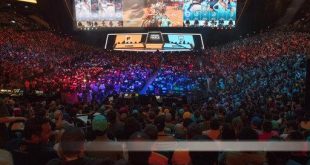 FEATURE: Esports; an Analysis on Competition Between the Digital World and the Physical

You’ve heard all the stories. We’ve seen all the legends. You’ve watched all the highlights. …