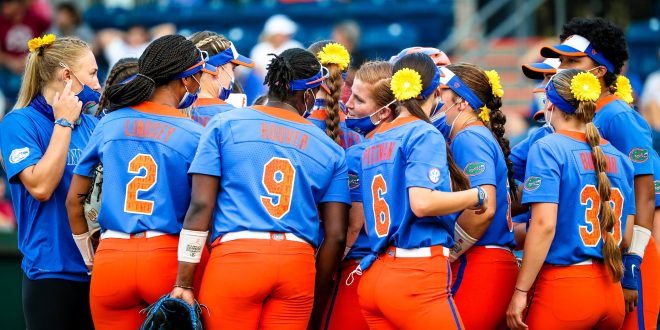 For the 13th time in their history, Florida Gators Softball is playing the NCAA Super regional. The No. 4 welcomes Georgia Bulldogs at the Katie Seashole Pressly Stadium today at 5 p.m., tomorrow at noon, and Sunday at noon if necessary.

The Gators have won 49 of their 54 games this season. The Bulldogs on the other hand have lost 21 of their games this season. However, they remain a decent contender against the Gators. This season is their 11th in the NCAA Super Regional. Today’s game marks the 71th matchup together, with the Gators leading the series 41-29.

Going into this weekend’s series

The Gators will play the Bulldogs for the fourth times this season entering today’s game. Bulldogs won the game opener in Athens, GA, before the Gators bounced back. The Gators have won seven of their their last 10 matchups against the Bulldogs.

The Gators will be able to count on their pitching staff. According to Florida Softball, Elizabeth Hightower, Natalia Lugo, and Katie Chronister have yet to give up a run in 21.0 innings pitched and have combined for 27 strikeouts, compared to just seven walks, and a .047 opposing batting average. The Defensive side has to thank Hannah Adams, especially against USF.

The Bulldogs on their end can always count on pitcher Mary Wilson Avant. Per Georgia Bulldogs Softball, Avant pitched 14 of Georgia’s 20 innings in the Athens Regional. She earned the win in the circle all three games, starting the first two games and entering in relief in the Regional final against No. 13 Duke. Avant pitched a two-hit shutout of the Blue Devils on Saturday. She did not allow a run to the national seed in eight innings of work.

This weekend series’ winner will earn the ticket to the Women’s College World Series in Oklahoma City. Today’s game can be caught on ESPNU.

Previous SEC Baseball Tournament Third Round Recaps
Next Rays, Marlins and Braves Round Up