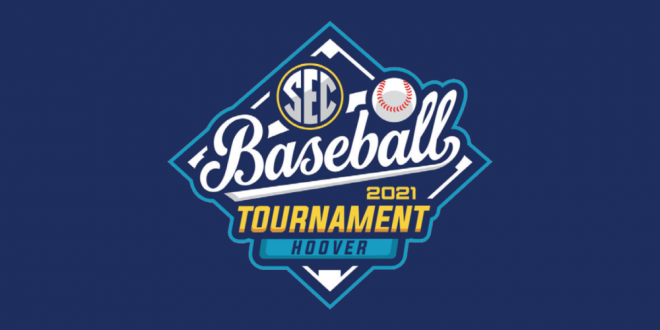 The fourth round of the SEC Baseball Tournament is underway. Along with the Gators advancing, Tennessee, Ole Miss and Arkansas also took the glory in the third round Thursday.

In eight innings, Tennessee (43-15) destroyed Mississippi State (40-15). The Vols captured an early lead after the bottom of the second. Tennessee’s Pete Derkay hit a three-run home run to right center. Teammate Liam Spence then singled to center field, and Connor Pavolony scored, per SEC. Tennessee was up 4-0.

After a few more runs by both teams, the Vols shut down Mississippi State in the eighth inning. It was like deja vu as four runs were scored yet again. The final score was 12-2 Vols.

It was a shutout victory for Ole Miss (40-18) in their matchup against Georgia (31-25). Rebels pitcher Drew McDaniel had his best start of the year. The freshman struck out 11 batters in the game, a career-high, with only four hits. This was McDaniel’s first career scoreless start, per Ole Miss.

McDaniel turns in a career start to earn the W against Georgia, and the Rebels will take on the loser of Arkansas/Vanderbilt tomorrow night! pic.twitter.com/o526vliJkb

Kevin Graham got Ole Miss on the board at the bottom of the second inning. He hit a home run straight to right center, giving the Rebels a 1-0 lead. Following Graham was Jacob Gonzalez and Peyton Chatagnier, both 2-for-4 RBI, who helped advance the Rebels to a 4-0 victory.

It was a back-and-forth battle between Arkansas (44-10) and Vanderbilt (40-14). Both teams balanced each other out after the first and second inning, both scoring on two runs to tie the game 2-2.

The fourth inning was the Razorback’s breaking point as they scored three runs to advance their lead, 5-3. Matt Goodheart doubled to left field, allowing Jalen Battles and Ethan Bates to score. Cullen Smith singled down, leading Goodheart to score, per SEC.

Razorbacks star pitcher Kevin Kopps struck out five batters in three scoreless innings. The SEC Pitcher of the Year was the star of the show with 3 IP and no hits, which allowed Arkansas to advance in the SEC Tournament. The final score was 6-4.

Friday will feature two double elimination games in the SEC Tournament: Alabama vs. Tennessee and Ole Miss vs. Vanderbilt.

Kaitlyn Wadulack is a third-year journalism student specializing in sports and media at the University of Florida. You can reach Kaitlyn at k.wadulack@ufl.edu
Previous Gators Chomp Past Alabama To Advance To SEC Semifinal
Next Florida Softball Plays Georgia Bulldogs in NCAA Super Regional 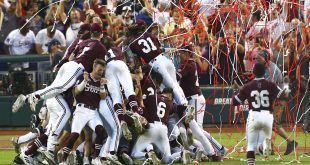