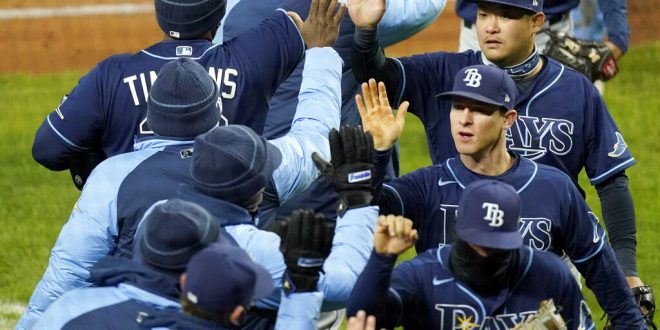 Today, the No.1 in the AL East, Tampa Bay Rays, travels to Texas to begin a three-game series with the Texas Rangers in the AL West. The game starts at 8:05 p.m.

To Texas we go

The Rays enter the series 36-22 after beating the Yankees 9-2 in their last game. Texas Rangers (22-35), on the other hand, have lost their five games. Nevertheless, the Rangers are leading the regular season series 3-1 against the Rays. Texas also takes the lead 6-4 in their last 10 games, including three consecutive wins last April.

The Rays battled back to run their last game against the Yankees after going down, 2-0. Thanks to Austin Meadows scoring his 14th home run this season, the Rays was able to reverse the situation and win the game 9-2. We must not forget Ryan Yarbrough, who was phenomenal as well. Together, the team averages 4.97 runs per game.

The bases were loaded.

Today’s starter list includes left-hander Josh Fleming. Fleming made his first debut with the Rays against the Rangers. Since then, Fleming is 5-3 with a 2.98 ERA and 1.04 WHIP in 45.1 innings pitched over four starts and nine total pitching appearances.

The Rangers, on the other end, lost their last game against Colorado, making it their ninth in a row. The team averages four home runs per game while allowing 4.72. Adolis Garcia remains the main leader for the team this season with 16 homers and and 41 RBI. His batting averages is .283.

Tomorrow, the Rays play the Rangers at 3:05 p.m. They will close the series this Sunday at 1:25 p.m. at the Globe Life Park in Arlington.