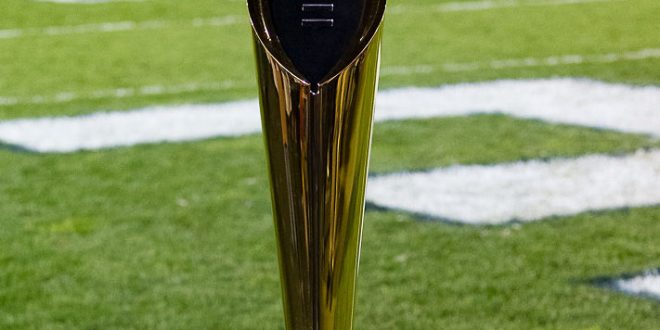 The College Football Playoff Committee is heading to Chicago to discuss the terms of adopting a new 12-team playoff format.

It came as a surprise to most. While having Chris Low on the Sport Scene to discuss his opinions on the CFP action plan, he said, “he has to see it to believe it.”

Then, the news came, and we all saw it.

Under the idea of this, the four highest-ranked conference champions would be seeded 1-4 and receive a first-round bye. Teams ranked 5-12 would play each other in the first round. Next, the quarterfinals and semifinals would be played in bowl games and the national championship game would remain.

Low also discussed the concern for player’s safety. In theory, if  CFP converted to a 12-team format each team would have to play 17 games which is equivalent to the new NFL regular season schedule.

The working group recommended that if traditional bowls host games, teams would be assigned to those bowls for quarterfinal games. Higher-seeded teams would be given priority.

College Football Playoff Executive Director, Bill Hancock discussed that having a 12-team format would provide a wider amount of participation while also keeping focus on the regular season.

After the group reaches a consensus it could be on this model, or they could develop a completely different format if they see it fitting. There is a meeting taking place June 22, if the board of managers approves the plan, the commissioners and Swarbrick will use the summer to figure out how to implement it — and when.

This is the first step, in the long process of changing the format.