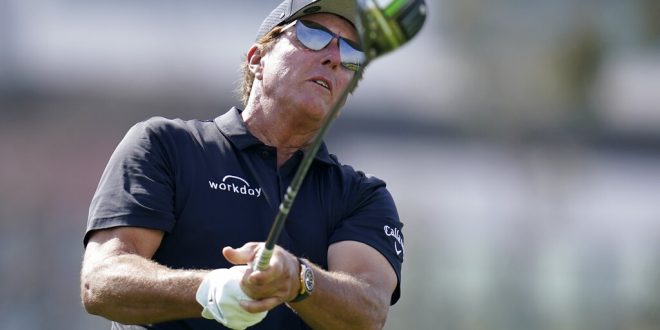 Phil Mickelson watches his tee shot on the 12th hole during a practice round of the U.S. Open Golf Championship Monday, June 14, 2021, at Torrey Pines Golf Course in San Diego. (AP Photo/Gregory Bull)

With the 121st U.S. Open just ahead, Phil Mickelson faces his course foe yet again. The longtime successful lefty with a multitude of accomplishments is missing just one thing from his trophy case: a U.S. Open Championship.

Mickelson, the six time Major winner has placed or tied for 2nd six times in the U.S. Open for his career. The lone Major championship that has eluded Mickelson since he entered the PGA.

The improbable has been done before, however, Mickelson became the oldest professional golfer to win a major with his victory at the PGA Championship in 2021 at the age of 50.

The U.S Open will begin Thursday June 17 and continue through the weekend to Sunday June 20. The Major Championship will be at Torrey Pines.

Phil Mickelson elaborates on what it’s like to prepare for the Major and what’s at stake.

Mickelson goes on to say that playing at a high level is a start but actually seeing the results of his preparation can still be determined by other factors out of his control.  “Lefty” as he is often called, still believes he can learn much more about the game he has played for almost 30 years.

Even for Mickelson, getting a tee time for this golf course isn’t easy. Despite the obstacle of not having easy access to the course, Mickelson has prepped and is ready to take on this challenge. Seeking his first U.S Open championship of his career and his second major championship of 2021. Mickelson is currently 1 of 17 professional golfers that have won three of the four major championships.

What is at Stake?

If Mickelson were to win the 121st U.S. Open, he will join Gene Sarazen, Ben Hogan, Gary Player, Jack Nicklaus and Tiger Woods as one of six golfers to have won all four majors at least once in his career. 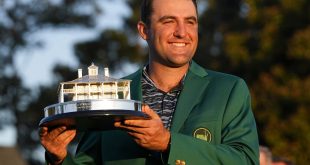 Tiger Woods’ Return Highlights the Start of The Masters Thursday 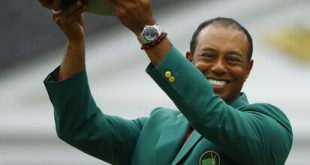 Tiger Woods To Play in the Masters? 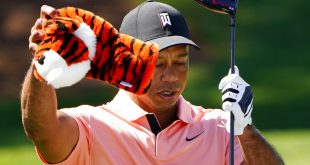 Tiger Woods and The Masters. Two things that go together better than wine and cheese. …