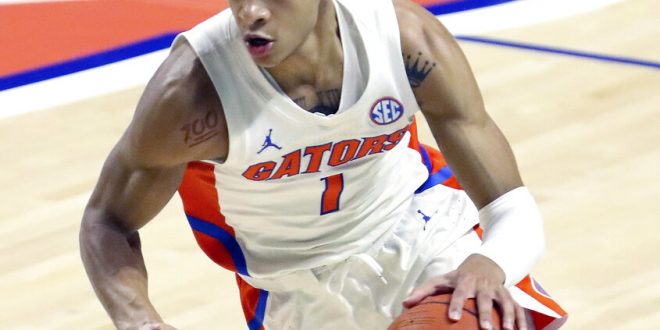 As the NBA Draft approaches, teams around the league are holding workouts with former Gator Tre Mann, who announced his intentions to enter the upcoming draft this past March. A potential first round pick, Mann recently worked out for the Washington Wizards on July 12 and has held workouts with teams such as the Rockets, Spurs, and Pacers.

In two years at Florida, Mann averaged 10.6 points per game and 3.6 rebounds per game in 53 career games. The 2020-2021 season saw a jump in production for the point guard, where he led the Gators with 16.0 points per game and 83 total assists. His best production came at the end of the season, where he averaged 20.9 points over his final seven appearances. Mann was named to the All-SEC first team for his impressive play.

One of Mann’s largest improvements was his three-point shooting, where he went 40% from behind the arc last season. In the win against Virginia Tech in the first round of the NCAA Tournament, Mann hit an impressive step-back three pointer that sealed the win.

Anyone love this Mann’s step back as much as us?#MarchMadness #GoGators pic.twitter.com/vjpNcPFEsl

Transitioning to the NBA

After the conclusion of the 2020-2021 season, Mann announced his intention to enter the NBA Draft. Immediately, many media outlets projected the point guard to be a first round draft pick.

Tre Mann (@tre2mann3) thrived this past season in a bigger role for @GatorsMBK and is looking to carry that momentum into the NBA.#GoldOnTheClock pic.twitter.com/Vh9kCatL6O

On July 12, Mann participated in one of the Wizard’s pre-draft workouts, which is his most recent. Overall, Mann enjoyed the workout and learned a lot from the coaches.

Standing at a tall 6-foot-5 and weighing 190 pounds, one of Mann’s goals is to keep getting bigger. With his frame and versatility, Mann is capable of playing either point guard or shooting guard in the NBA, but he would rather stick to his college position.

Should the Wizards, who hold the 15th pick in the NBA Draft select Mann, he would join former Gator Bradley Beal on the team. A Gainesville native, Mann is very familiar with Beal, who played for the Gators during the 2011-2012 season. The Wizards drafted Beal with the number three overall pick in the 2012 Draft.

Currently, Mann is projected to be a mid-to-late first round draft pick, with some mock drafts projecting him to be pick as high as number 10 to the New Orleans Pelicans. If picked, he would be the first Gator since Beal to be drafted in the NBA.

The NBA held the annual Draft Lottery on June 22 with the Detroit Pistons winning the first overall pick. The NBA Draft begins on Thursday, July 29 starting at 8:00 p.m. on ABC and ESPN. Free agency begins the following Monday on August 2. The NBA recently announced that training camps will open in late September with the 2021-2022 season officially beginning on October 19. 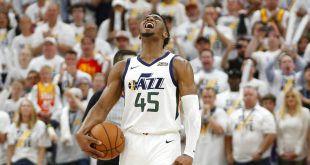