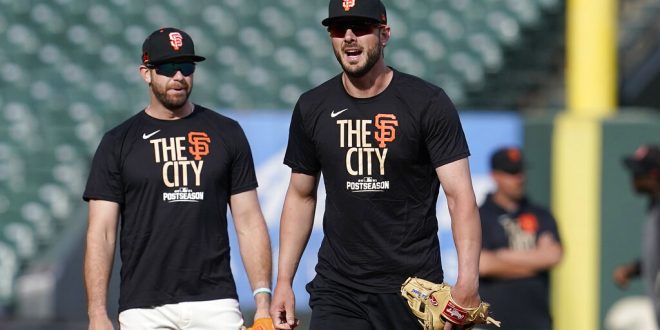 The MLB National League division series starts Friday when the Giants host the Dodgers and the Brewers host the Braves.

The Dodgers made it this far by beating the Cardinals Wednesday night in the wild-card game. L.A’s Chris Taylor led the team to a 3-1 win. With two outs in the bottom of the ninth, Taylor ended the Cardinals season after he hit a two-run walk-off homer.

Now, the Dodgers move on to face the Giants for the first time in the postseason. Not only is this one of the most historic rivalries in baseball, but this season both teams have set a franchise record for victories. The Dodgers have 106 wins and the Giants have 107 wins.  The best of five series will be a battle on both ends and Dodgers manager Dave Roberts looks forward to the match-up.

The Giants won the National League West title. The starting pitchers in the NLDS will be Logan Webb for the Giants and Walker Buehler for the Dodgers. The first game of the series is at 9:30 p.m. on Friday.

In the other NLDS match-up, the Milwaukee Brewers are hosting the Atlanta Braves Friday at 4:30 p.m. The Brewers made it to the post-season for the fourth consecutive year and are looking to build on that momentum. David Stearns, Milwaukee’s President of baseball operations, holds the team to higher standard each year and is excited for what’s to come in the post-season.

In Game 1, the starting pitchers will be Charlie Morton for the Braves and Corbin Burnes for Milwaukee.  The last time Burnes started against the Braves, he gave up five runs and nine hits over four innings. The two teams have met six times in the regular season, with both teams winning on the road 2-1. With a season series of 3-3, the game could be anyone’s. 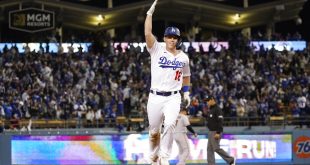 After defeating the San Francisco Giants 7-2 on Tuesday night, the Los Angeles Dodgers have …