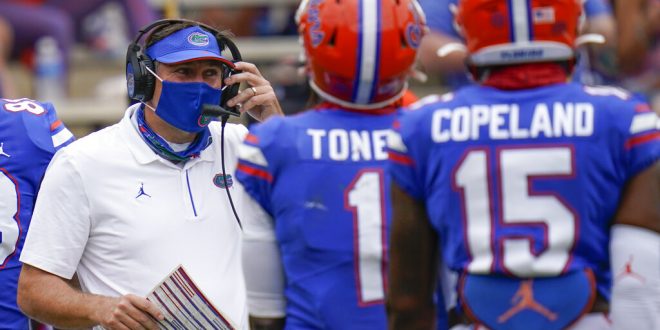 Following the disappointing loss to the Kentucky Wildcats, several Florida Gators made it their mission to leave it behind them.

The 20-13 defeat left a dent in the team’s inspiration to make the college football playoffs. But the team remains optimistic. Florida gators receiver, Jacob Copeland, was one of the first to mention the mistakes they must fix if they want to make it to the final four. Already suffering two losses, the Gators must win out if they want to have a chance.

Most of the mistakes committed can be justified by a lack of execution and teammates just not being on the same page. Committing 15 penalties accumulating to 115 yards lost, the Florida Gators also failed to convert a third down on nine of their thirteen attempts. Cleaning up the discipline miscues and conversion rate will bode well for the team going forward.

Starting with focus in practice, the Gators are hoping to crack down on their mishaps.

Building on the Successes

Leading the Gators with 291 receiving yards and 16 receptions on the year, Copeland hopes to add to those totals against SEC rival Vanderbilt. Correcting the mistakes from the last matchup, Florida will also focus on the things they did right. Looking ahead to the next matchup, Copeland will look to exploit a Vanderbilt defense that currently ranks 112th in the country. At the same time, Copeland will look to help his team crack back into the top 10 in the A.P rankings.

Vanderbilt will travel to the swamp to face Florida this Saturday, October 9th. Being Florida’s homecoming week, the intensity of the game will be through the roof. 90,000 fans are expected to fill the swamp and provide the energy essential to willing the Gators to a win. The game is scheduled to begin at 12 P.M. 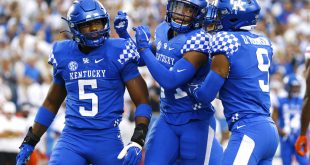 Wildcats In a matchup between two teams heading in two completely different directions, the Kentucky …