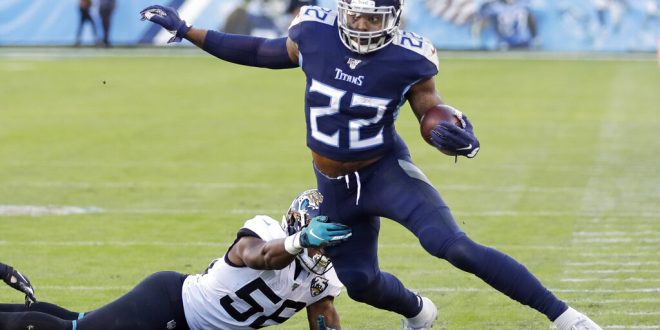 Tennessee Titans running back Derrick Henry (22) gets past Jacksonville Jaguars linebacker Quincy Williams (56) in the first half of an NFL football game Sunday, Nov. 24, 2019, in Nashville, Tenn. (AP Photo/James Kenney)

This NFL Sunday: one game out of the 11 games were a one-score game

Patrick Mahomes and the Chiefs have no answer for the Titans:

The Chiefs were outscored 27-0 in the first half and the problems fall under the entire chiefs defense and offense.

Patrick Mahomes struggles with in the first half having both a fumble and a batted interception in the first half. Also, the Chiefs defense struggled mightily against Ryan Tannehill his offensive weapons.

Tannehill went 21-for-27 with 270 yards with a rushing touchdown and a passing touchdown. Derek Henry did struggle to get going in the run game today but he was able to have a big jumping throw to give the Titans a seven-point lead.

Coach Andy Reid was asked about the game and he had this to say about his team play.

Jared Goff and the winless Lions put up a fight against the two-way Rams. The Rams defense was able to shine forcing two interceptions against Goff.

However, Jalen Ramsey on his 27th birthday was able to ice the game with an interception.

Coach Sean Mcvay had this to say about his old Quarterback.

Stafford shines against his former team with a dominant performance. Stafford threw for 331 yards with three passing touchdowns. A statement win over his old team. 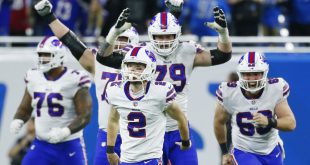