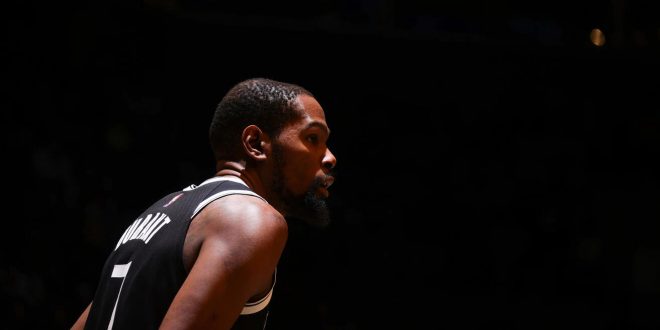 The 71st edition of the NBA All-Star game is set for play in Cleveland, Ohio, on Feb. 20.

Below are the overall scores for the top finishers at each position. pic.twitter.com/W6An0FhzgY

Fans quickly took to the internet to express their sentiments about the picks.  The most common objections to the roster included the selection of Andrew Wiggins and the absence of Zack LaVine.

NBA All-Star voting is a three-part ballot. The fan vote contributes 50%, the media vote counts as another 25%, and finally, the players have a 25% weight attached to their votes.

Wiggins was the number one pick out of Kansas in the 2014 NBA draft. After playing with the Minnesota Timberwolves for six seasons, he made the big move to the west coast. In the Bay Area, his points per game hasn’t increased and he finds himself ranked the 11th best small forward on Player Efficiency Rating (PER). Wiggins is All-Star caliber, but a starter as a first-year player is a big ask.

Notable Eastern Conference absences include Darius Garland and Jimmy Butler. The starter positions are hard to come by, but we’ll likely see all these names in the full player pool.

The selection of Trae Young over Chicago Bulls’ Zach LaVine also caused debate. LaVine has proved critical to his team’s success at second in the Eastern Conference, but Young has been exceptional this year. His PER finds him as the most efficient PG in the NBA. It’s impossible to see him outside of this starting five.

On Feb. 3, NBA All-Star reserves are being announced.

The All-Star weekend officially begins Feb. 18 with the Celebrity and Rising Stars games.

Previous Florida Men’s Hoops Looks to Bounce Back Against OK State; Jitoboh Done For Season
Next Bengals vs. Chiefs Rematch