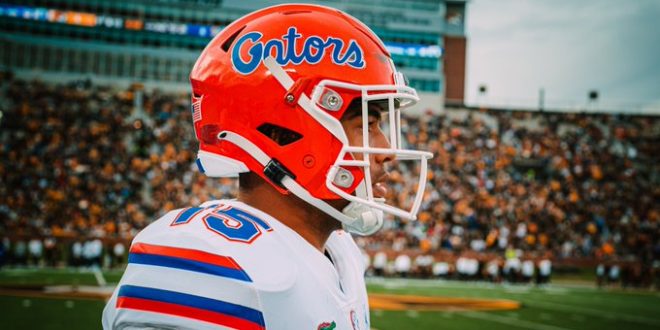 Getting to know Derek Wingo

Florida linebacker Derek Wingo sat with Steve Russell on ‘Sport Scene’ and talked about Billy Napier, NIL and his learning experience in the program.

The sophomore appeared in five games for the Gators and recorded 15 tackles.

The Exit of Dan Mullen

He spoke about the exit of Dan Mullen and other coaches who took a part in his recruiting process.

He went on to say the exit was “heartbreaking.”

Many players struggled with the change and said the exit of Mullen was “unexpected,” especially after they started the season and the talent on the team.

With Napier, Wingo said he loves the structure and accountability he has put in place for coaches and players.

He also enjoys that Napier is able to keep enthusiasm up, rally people behind him and help his teammates. He added, having coaches who played and won here at the UF, coached at other universities and in the NFL excites him about the future.

The NIL has been a huge topic the last few months. Wingo took advantage of the opportunity and signed a NIL deal with Barstool Athletics.

He said he believes being able to accumulate money in college teaches new skills to players before they move on. That includes the real world or the NFL. Many people aren’t given the knowledge of what to do with money, which is why making and learning about it early is important.

Wingo said he learned a lot about himself this past season. He has learned from coach Robinson how to play off-the-ball and understand more about what is happening. His communication and leadership skills have improved and he has learned what it takes to be “the quarterback of the defense.” He said film is one of the most important parts of his game. He has learned the importance of studying and understanding and how it can give you a competitive edge.

Lastly, he talked about the fact he is just a normal guy. Wingo likes to do things like fish and hang out with friends. He wants to blend in and not be the center of attention. He said that he’s like every other college student going through life but in different ways.