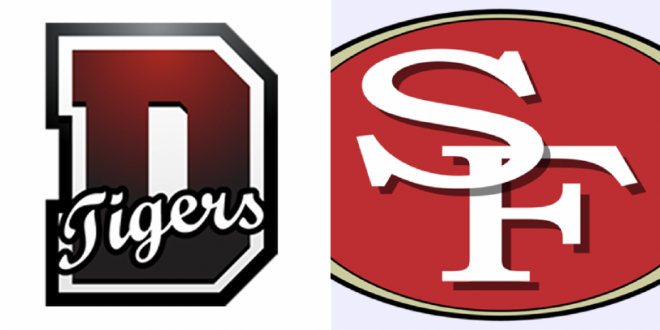 The Dunnellon Tigers headed to Alachua, Florida, Wednesday to face the Santa Fe Raiders. This matchup was the third in the 2022 Boys Basketball District Tournaments – 4A District 4.

The Tigers, the number four seed, are on a six-game winning streak. Their latest victory was a 55-48 win over the Eastside Rams on Tuesday. In their previous five games, the Tigers consistently came out on top by over 10 points.

Their shooting leaders include senior point guard LJ Fitzpatrick, senior guard Colton Lee and sophomore point guard Aramys Rodriguez, all three players average over 10 points per game. Dunnellon has a strong leader in Rodriguez, who leads the team in points per game, averaging 15.2. Rodriguez has also racked up a total 188 rebounds, 98 assists and 397 points so far this season. But will one standout player be enough to defeat the No. 1 seed?

The Raiders are coming off of a bye, being the No. 1 seed in the district tournament. Despite a 64-50 loss to the Bishop Snyder Cardinals last week, the Raiders have won five out of their last six games. 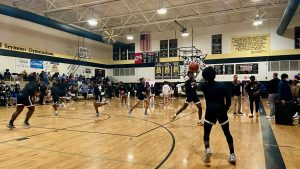 The key players for this Santa Fe team are junior point guard Dontrell Jenkins, junior forward Mason Brown and junior guard Makhi Lewis. Jenkins is the Raiders’ shooting leader, averaging 18 points per game, while Brown averages 10.5 and Lewis with 7.9. Brown also has 13 rebounds on the season, leading the team.

Although no Santa Fe player has put up numbers quite like Dunnellon’s Aramys Rodriguez, the Raiders should definitely not be counted out. The game will be held at Santa Fe High School in Alachua, the time has yet to be announced.

Scarlett Cooney is a second-year journalism student specializing in sports and media.
Previous Bobcats Out-claw Tigers in District Playoffs
Next Arkansas upsets No. 1 Auburn in Overtime