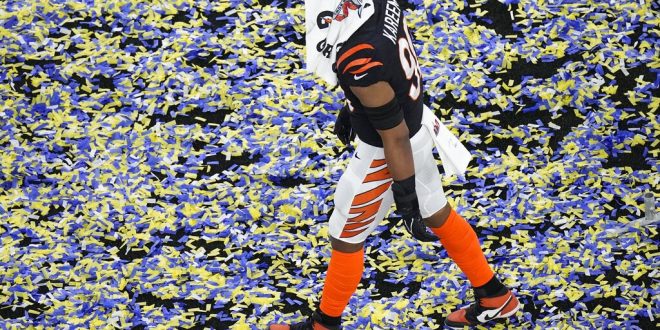 In a late rally, the Cincinnati Bengals fell short to the Los Angeles Rams, losing the opportunity to get their first Lombardi Trophy.

Thank you, Who Dey Nation. pic.twitter.com/o3cmFoDRo9

The Bengals suited up on Super Bowl Sunday for the first time since 1988.

Cincinnati made the playoffs five times between 2011 and 2015, but never made it past the Wild Card round. The Bengals won their wild card game this year, beating the Raiders on Jan. 15 26-19 in route to Super Bowl LVI.

In the first quarter, Odell Beckham Jr. caught a 35-yard touchdown from Stafford, making it 7-0. The Bengals responded with a 29-yard field goal from Evan McPherson, making the score 7-3 through the first quarter.

The Bengals then got their first lead of the game in the third quarter with a 75-yard bomb to Tee Higgins. After a quick interception, McPherson kicked a 38-yard field goal making the score 20-13 with ten minutes remaining in the quarter. The Rams responded with a 41-yard field goal from Matt Gay and a score of 20-16 at the end of the third.

In the fourth quarter the Rams made a late comeback with a touchdown and successful kick to take the win and end the game with a final score of 23-20.

While the Bengals fell short to the Rams, the team has a lot to be proud of. Skeptics didn’t believe Cincinnati would be in the Super Bowl. Head Coach Taylor states while it stings right now he is proud of his team.

He stated the team isn’t afraid of anybody. The team is tired of the narrative of all the ways other teams will beat them and here they are in the Super Bowl as their guys made plays. While the game didn’t yield a desirable outcome,  that isn’t stopping them for going at it again next season.

The team is staying motivated and is preparing to dominate next season. Joe Burrow stated, “obviously we aren’t satisfied what we did this year. We are going to keep on getting better and attack next year with the same intensity.” 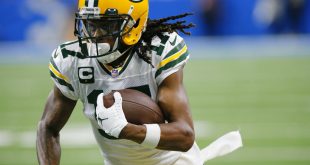