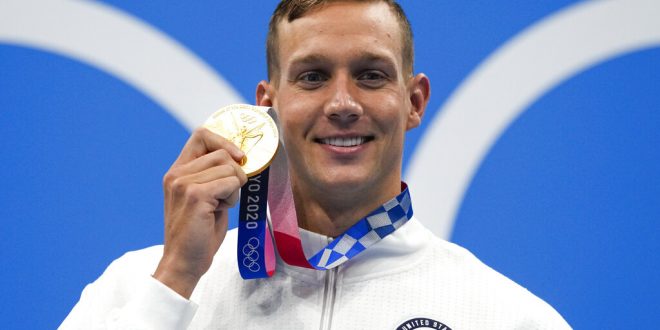 The National Bobblehead Hall of Fame and Museum unveiled a limited-edition bobblehead of Caeleb Dressel Friday morning. The Museum is producing the bobblehead in conjunction with the seven-time Olympic gold medalist and former Gator.

The bobblehead shows a smiling and wide-eyed Dressel fresh on the heels of his gold-medal performance in the 100-meter freestyle at the Tokyo Olympics.

“We’re excited to release this bobblehead of Caeleb Dressel, the world’s fastest swimmer,” Museum co-founder and CEO Phil Sklar said. “Caeleb made quite a splash in Tokyo in 2020 and more Olympic success is sure to be in store in Paris in 2024.”

Dressel emerged as one of the most dominant swimmers in the field at the Olympics in Tokyo. The Gator great won gold medals in the 50 and 100 freestyle, as well as the 100 butterfly. He also took home gold as part of the 400 freestyle and 400 medley relays.

He holds the honor of being one of only five American swimmers to win five gold medals in a single Olympic Games since 1970.

His bobblehead will feature a transparent base with his name. It will also showcase Dressel’s tattoos, including the face of an alligator on his left arm.

“We’re confident that this bobblehead will be popular with swimming fans everywhere,” Sklar said.

The bobbleheads will only be available through the Museum’s online store and are expected to ship in July.

I'm a third-year student at the University of Florida passionate about storytelling and sportswriting. My goal is to work in communications for a professional sports team after I graduate.
Previous #3 Florida Gator Gymnastics Hosts #2 Oklahoma Sooners
Next Gators Drops Back-to-Back on the Road 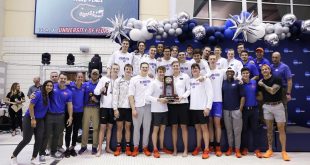 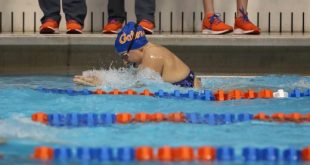