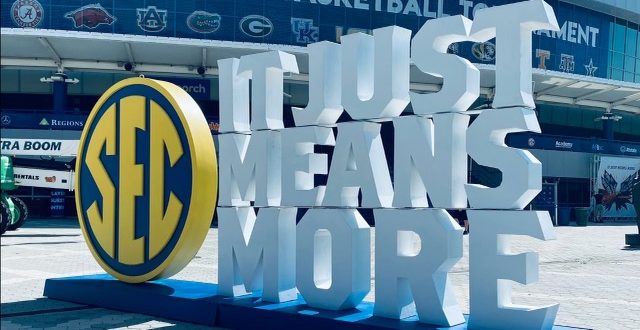 Florida enters the SEC Tournament coming off a tough loss to the Kentucky Wildcats 71-63 in their last regular-season game.

The Gators and Aggies met earlier this year in College Station, Texas and the Gators lost a low scoring game at the buzzer.  The winner of this match-up advances to the quarterfinals to take on top seed Auburn on Friday. Florida defeated the Tigers in the regular season on February 19 at home but lost to them on the road.

Colin Castleton enters the SEC Tournament after earning All-SEC honors for the second straight season on Tuesday. Castleton has been the leading scorer for the Gators averring 16.4 points per game.

Colin Castleton discusses what it means to him to receive All-SEC honors.

Anthony Duruji of the Gators discusses the team’s mentality going into the game on Thursday.

Texas A&M enters this match-up after ending their regular season riding a four-game winning streak. Their most recent victory, a 67-64 nail-biter against Mississippi State. The Aggies enter the SEC Tournament as the number eight seed after their win over the Bulldogs.

Earlier in the season, Texas A&M was able to defend its home court as they took down the Gators at the buzzer after a Phlandrous Fleming Jr. foul that led to three free throws for the Aggies. Texas A&M drilled all the attempts from the stripe, sealing the Aggies 56-55 win over Florida. Quenton Jackson led the Aggies to their win over the Gators with 16 points. Jackson earned SEC Player of the Week this past week and an All-SEC Second team honor earlier this week.

Quenton Jackson on earning SEC Player of the Week:

“It was all right.  I took it as an accomplishment because I worked so hard to put myself in a position to earn things like that so know my hard work is paying off.”

A win for either team could put them closer to an NCAA Tournament berth and most believe the losing team will be on the outside looking in when it comes to making March Madness.