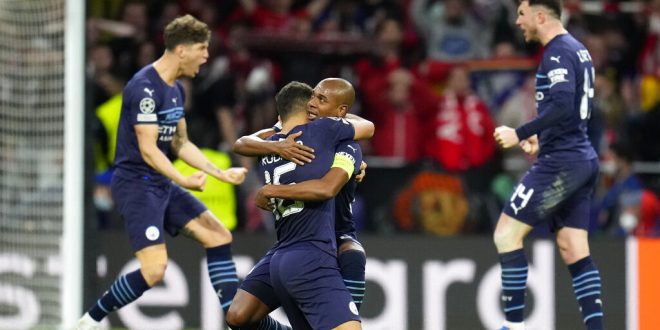 After the first leg left Chelsea down 3-1, the Blues were in a position to advance to the semifinals when they led 3-0 after Timo Werner‘s goal in the 75th minute. Werner’s goal put Chelsea in the lead in the aggregate 4-3. Rodrygo gave the Madrid fans life in the 80th minute with a goal, tying the aggregate and sending the game into extra time.

This matchup was lower scoring than Real Madrid and Chelsea, but it was just as close of a final.

The first leg of this matchup saw Villareal finish with a 1-0 lead over Bayern Munich. In the second leg, a home game for Bayern, they took a lead of 1-0 in the game thanks to a 52nd-minute goal from Robert Lewandowski.

The game looked to be going into extra time until the 88th minute. Villareal’s Samuel Chukwueze scored on a quick counter-push off an assist from Gerard Moreno. Chukwueze had just been subbed on in the 84th minute.

Athletico Madrid and Manchester City had the lowest scoring two games of the Champions League quarterfinals. Wednesday’s game was highly contested with 13 minutes of stoppage time. The game ended 0-0. Nine yellow cards and one red card were given out.

Kevin De Bruyne‘s goal in the first leg ended up being the goal to send Manchester City to the semifinals. The 0-0 draw (agg. 1-0) was enough to move on in front of the Madrid fans.

In the highest-scoring game of the quarterfinals, Liverpool was able to make it out because of their performance in the first leg. Liverpool’s Roberto Firmino netted a brace Ibrahima Konate scored a header from a corner.

Liverpool was able to celebrate advancing to the semifinals in front of the Anfield fans.

Jensen Young is a journalism student at the University of Florida. He works as a sports writer for WRUF.com and is the voice of trendings on Wednesday mornings on the WRUF radio station.
@Jensen_Young9
Previous Hawks Cruise Pass Hornets To Keep Playoffs Hopes Alive
Next Lightning faceoff against the Ducks