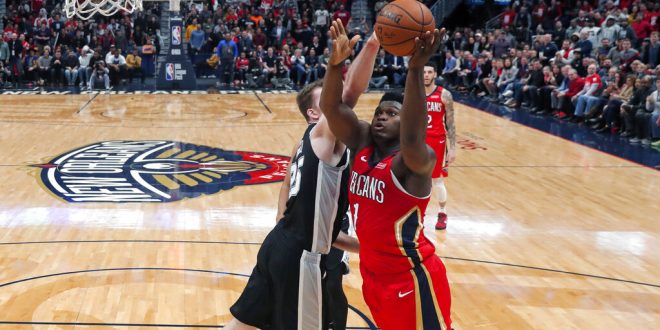 Brandon Ingram added to the strong play over the final quarter. Ingram’s two final free throws for foul against San Antonio’s Dejounte Murray was enough to put the game away 113-103. The Pelicans now secure a spot in Los Angeles to face the Clippers for a chance at making the final playoffs.

Behind McCollum, Ingram put up an impressive 27 points, along with five rebounds and assists. Tallying another 22 points for New Orleans was Jonas Valanciunas. He also finished the game with three assists and 14 rebounds. Valanciunas bought strong defensive play to Wednesday evening’s game, which was a key advantage over the Spurs. Overall the Pelicans got 45 defensive rebounds over the Spurs 26.

For the Spurs, Devin Vassell led the team putting up 23 points. Additionally, he made two rebounds and three assists over the game. With the Pelicans holding the lead for almost the entire game, the Spurs fought back for a hard last quarter, but ran out of steam. Heading into the last quarter the Spurs were down by 17 points. After a series of three-pointers over the fourth quarter, the Spurs had a 16-1 scoring run for just over five minutes. The Pelicans continued to miss shots but with the gap being closed, Ingram and Valanciunas didn’t let up.

This game marks New Orleans first postseason game since 2018. Strong performances from the teams three key players should help build momentum heading into Friday night against the Clippers. The game will decide the eighth seed in the Western Conference. According to the ESPN matchup predictor, the favor is 71%-29% to the Clippers. 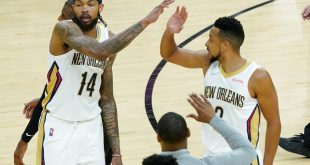 New Orleans Pelicans Even the Series Against Phoenix Suns

After winning game two against the Phoenix Suns 125-114 on Tuesday, the New Orleans Pelicans …