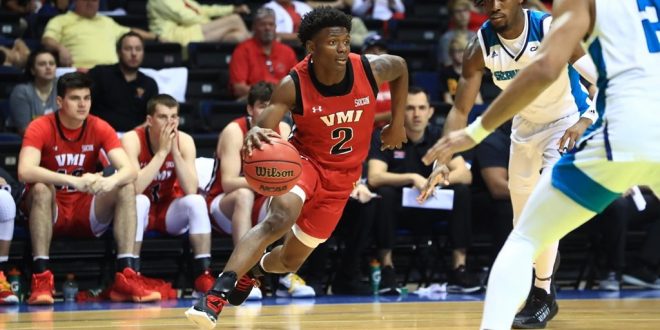 Trey Bonham, the 6-foot 170-pound point guard from Virginia Military Institute, has officially committed to play for the Florida Gators. Take a look at how the new head coach Todd Golden is hitting the transfer portal hard after just weeks on the job.

Bonham has averaged 13.6 points, 4.o assists, and 4.4 rebounds across the two seasons he spent playing for the Keydets in the South Conference. He started in 29 of those games.

During a game against Samford, Bonham was able to score 31 points, the highest in his career.

The Gators have reeled in a total of three players from the transfer portal. Coach golden took in four-star guard Will Richard from the Belmont Bruins who averaged 12.1 points, 6.o rebounds, and 1.8 assists per game as a freshman. Florida also acquired another four-star forward Alex Fudge from LSU. During his 2021-22 season, Fudge averaged just 3.3 points and 3.2 rebounds in 13.9 minutes per game. Concluding this information, the Gators are looking good so far considering both are listed as No. 29 and No. 32 prospects.

Now we wait to see if Golden’s efforts in retooling the Florida roster will help the team get back to the NCAA tournament next season. The Gators missed the tournament last season for the first time since 2016.

Previous Game Of The Year Contender: Oak Hall Gets Their Revenge On Union County In Thrilling Fashion
Next Mavericks Beat Jazz to Even Out Playoff Series