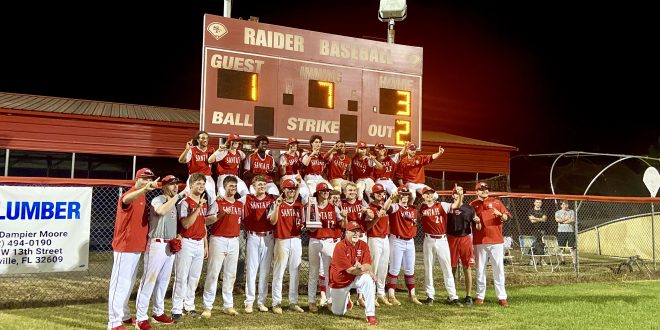 Brown and junior Zane Starling swapped pitching roles for the district championship. Typically, Starling will take the mound as the starter, and Brown will serve as the closer late in the game. Due to Brown’s consistent pitching as of late, Santa Fe Coach Travis Yeckring named him the starter for the game. This decision proved to work to the Raiders’ advantage as Brown pitched six strong innings, and Starling concluded the game with two strikeouts.

A common theme throughout the game for both teams was leaving runners stranded on base. In the top of the first inning, Dunnellon loaded the bases quickly, but Brown was able to escape without giving up any runs. 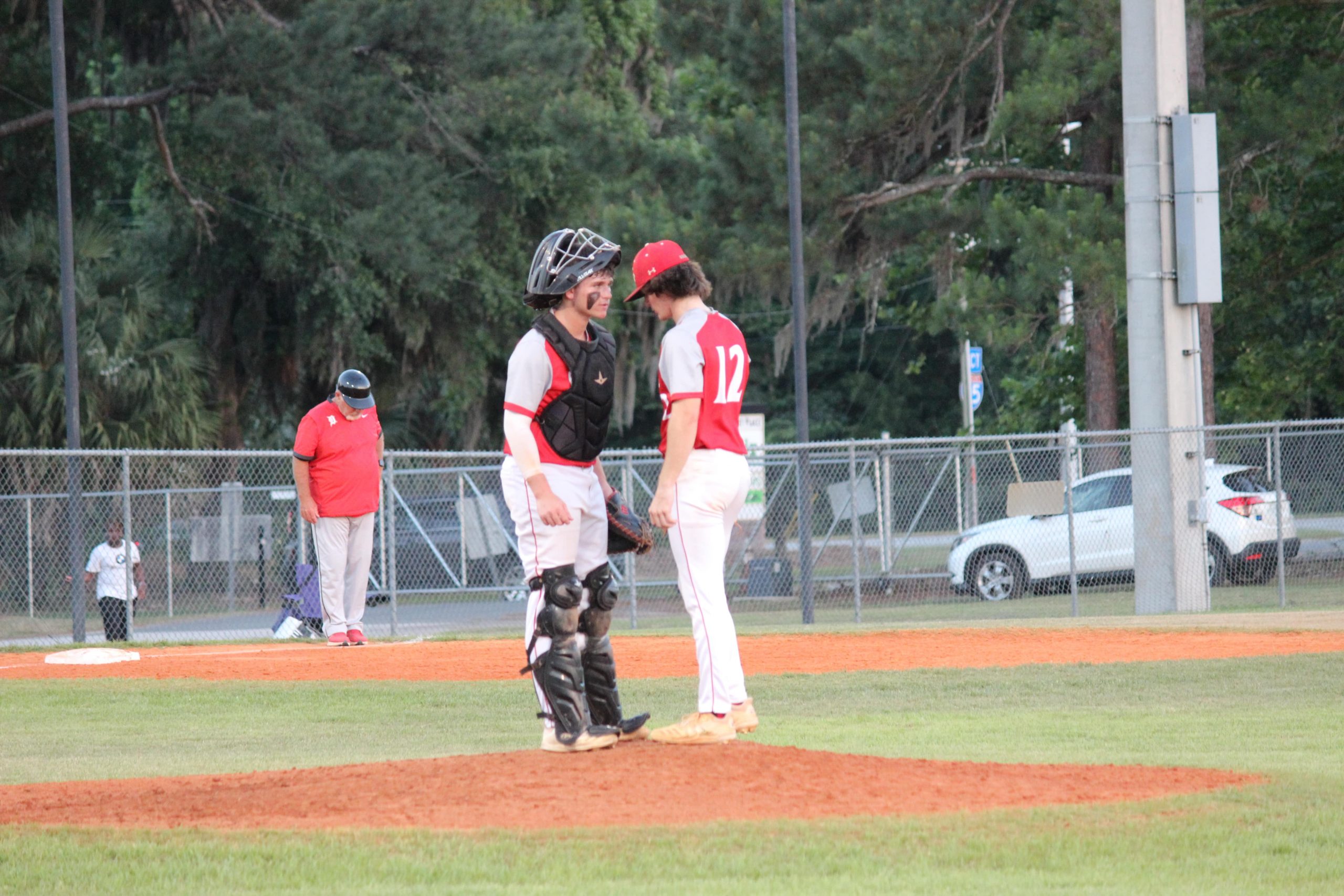 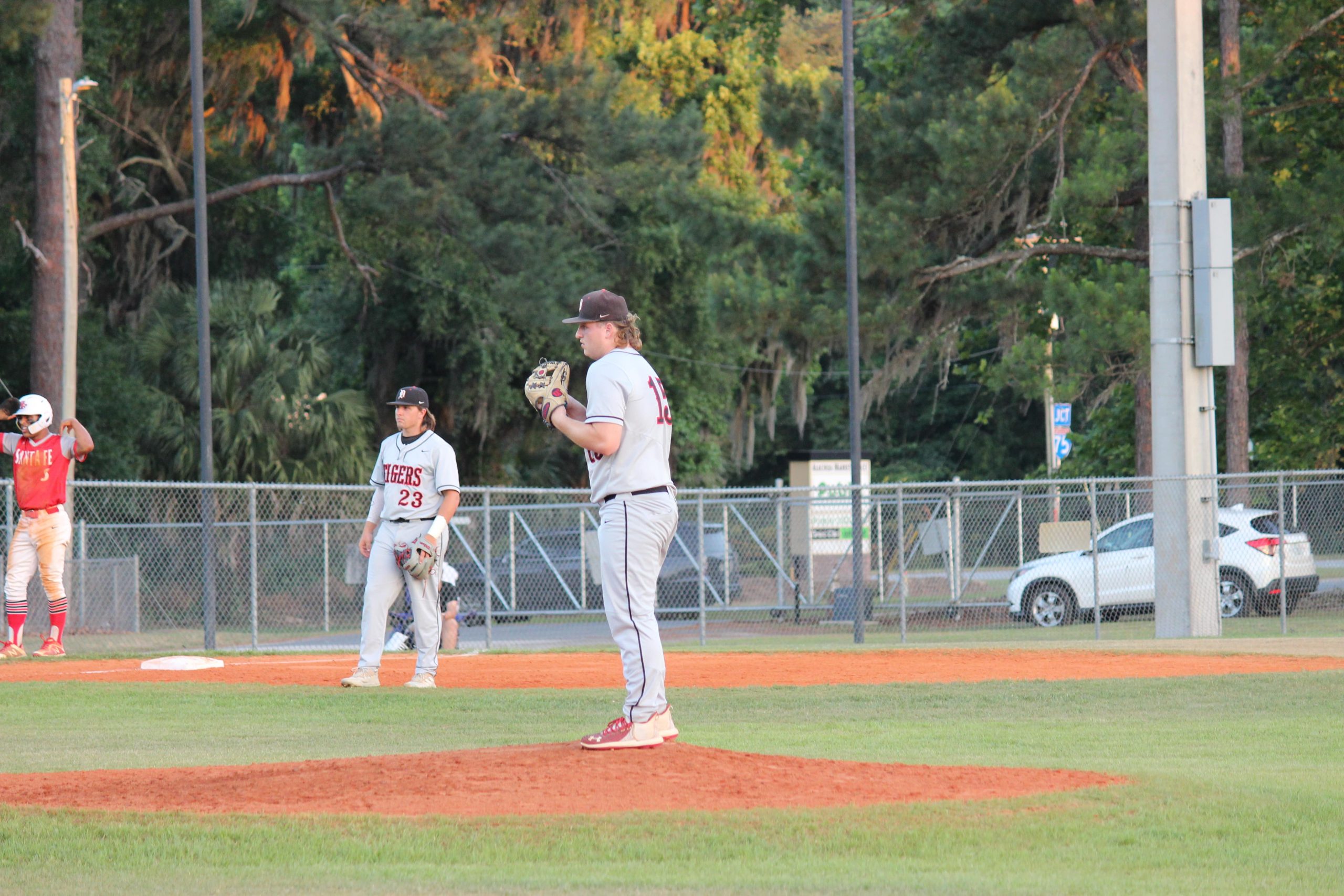 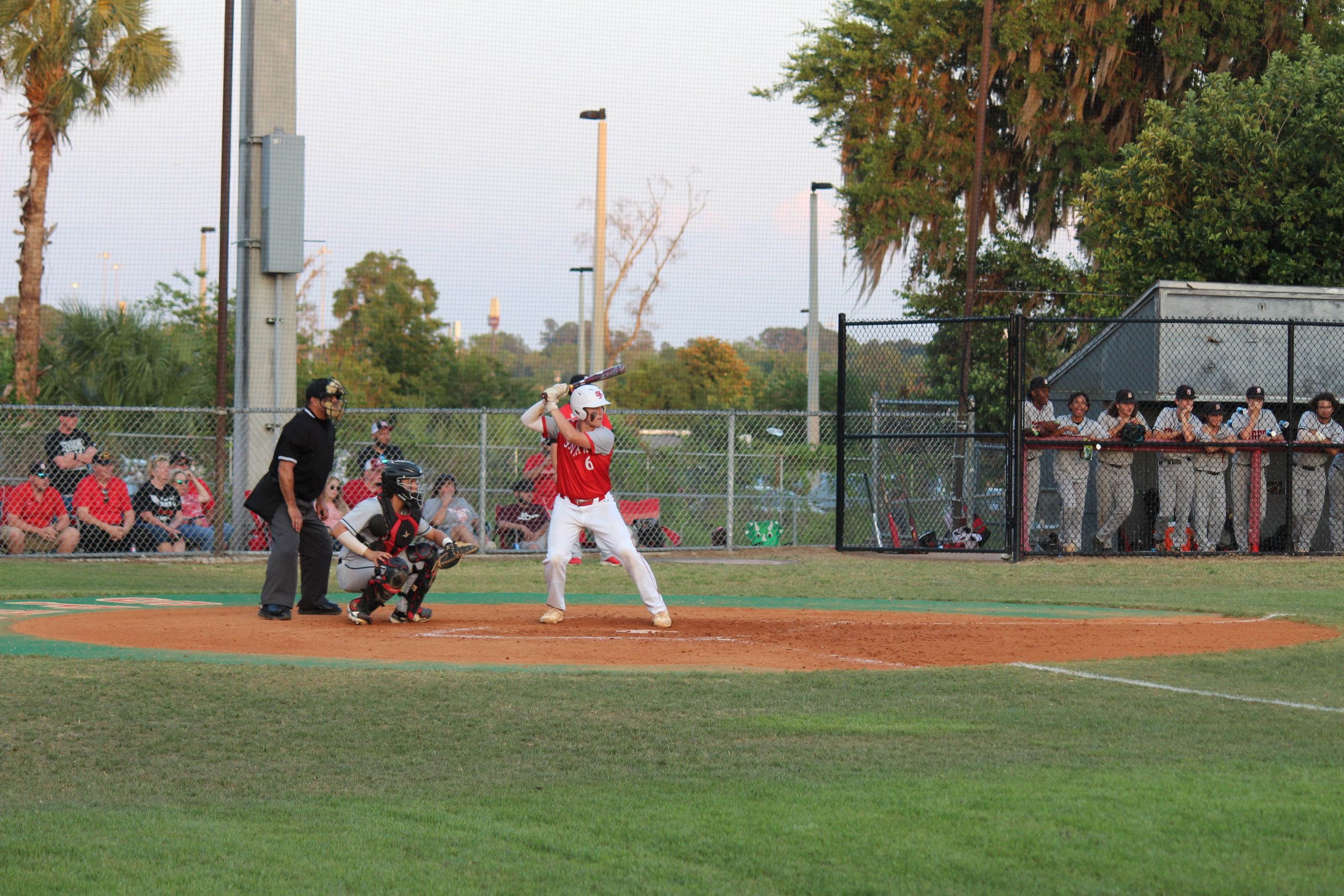 It didn’t take long for Dunnellon to respond as Gavyn Leinenbach tallied a run in the top of the second inning to even the score 1-1.

Townsend continued to struggle on the mound in the bottom of the third inning. Devante Mitchum, Matthew Geelhoed and Nowling were all walked to load the bases for Santa Fe. Geelhoed didn’t even face a pitch because the Tigers chose to intentionally walk him. 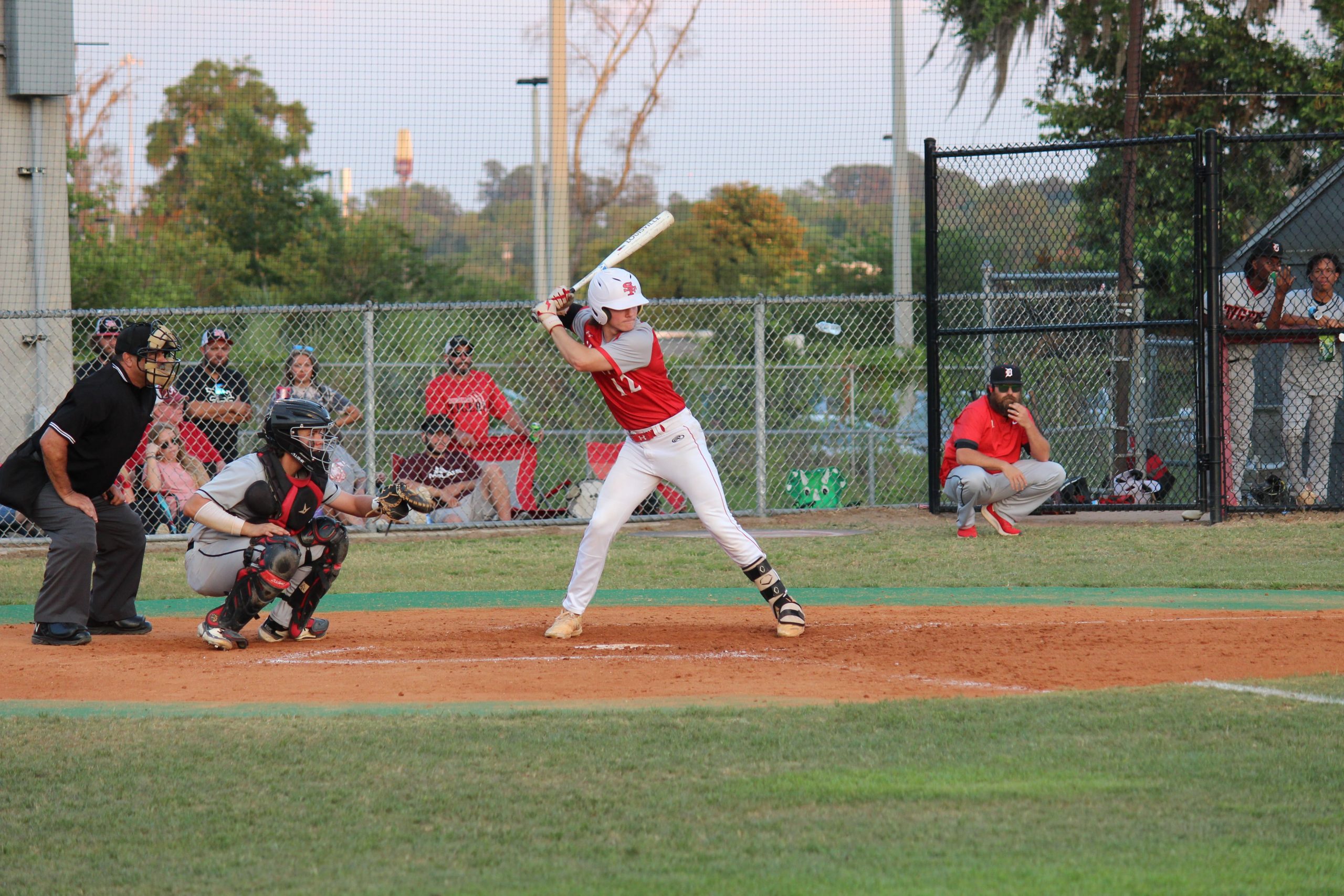 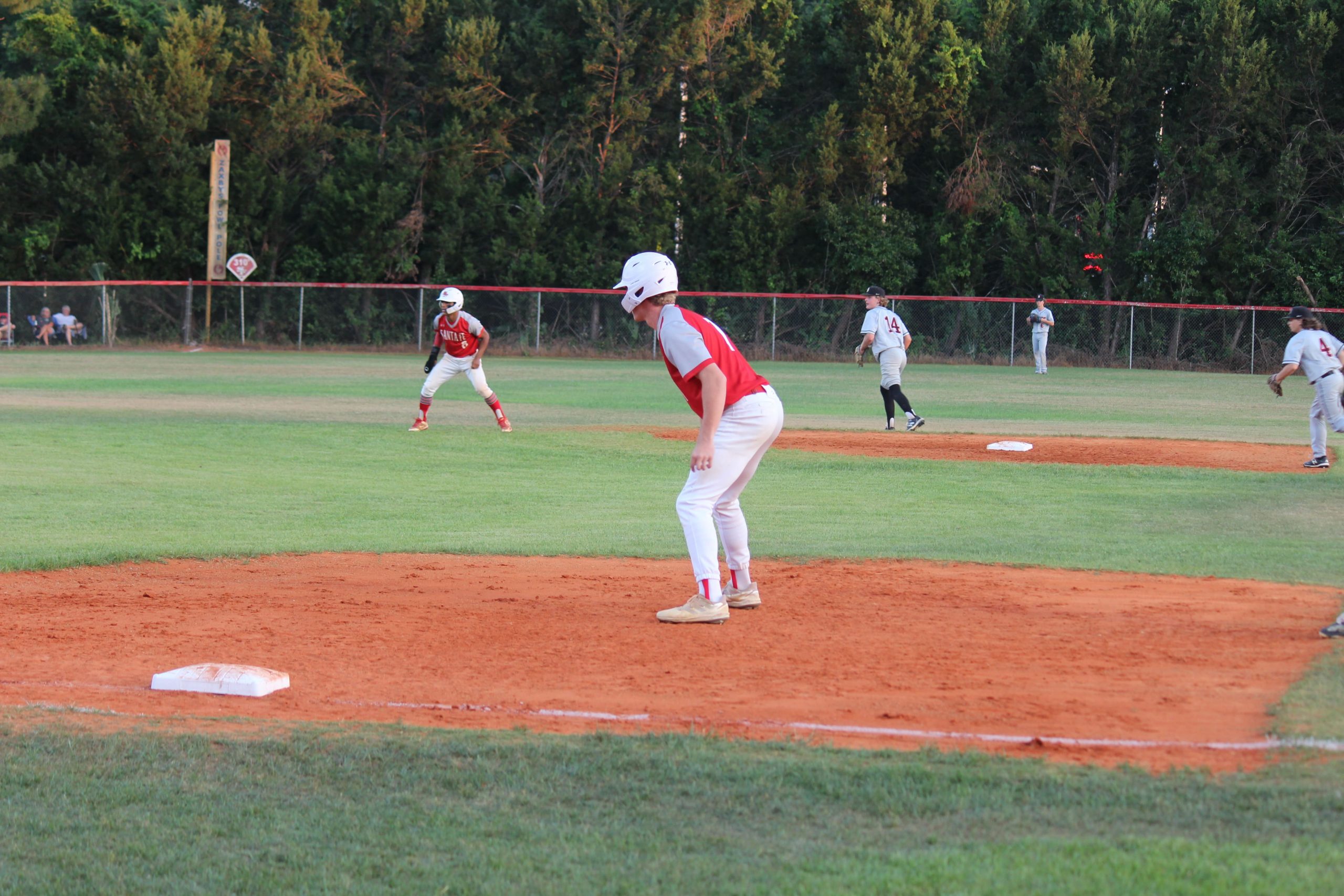 With Brown up to bat and the bases loaded, the Raiders could sense electricity in the air. Sure enough, Brown swung at a solid pitch, bringing Devante Mitchum and Geelhoed home.

Battle of the Pitchers

Entering the fourth inning down 3-1, Dunnellon elected to make a pitching change, bringing freshman Mark Pastorella to the mound. Pastorella held his own, dealing four strikeouts and not allowing any hits or runs. 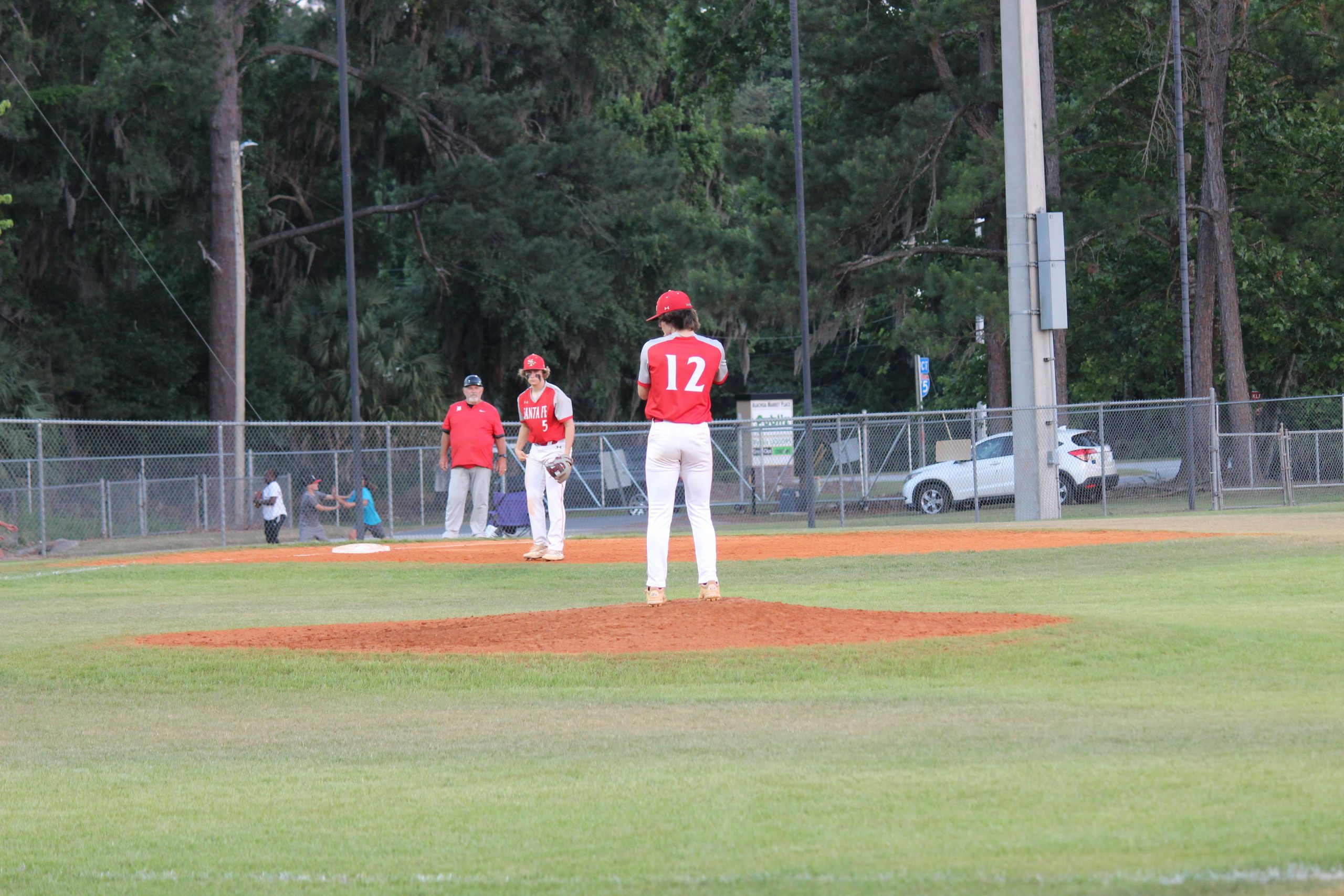 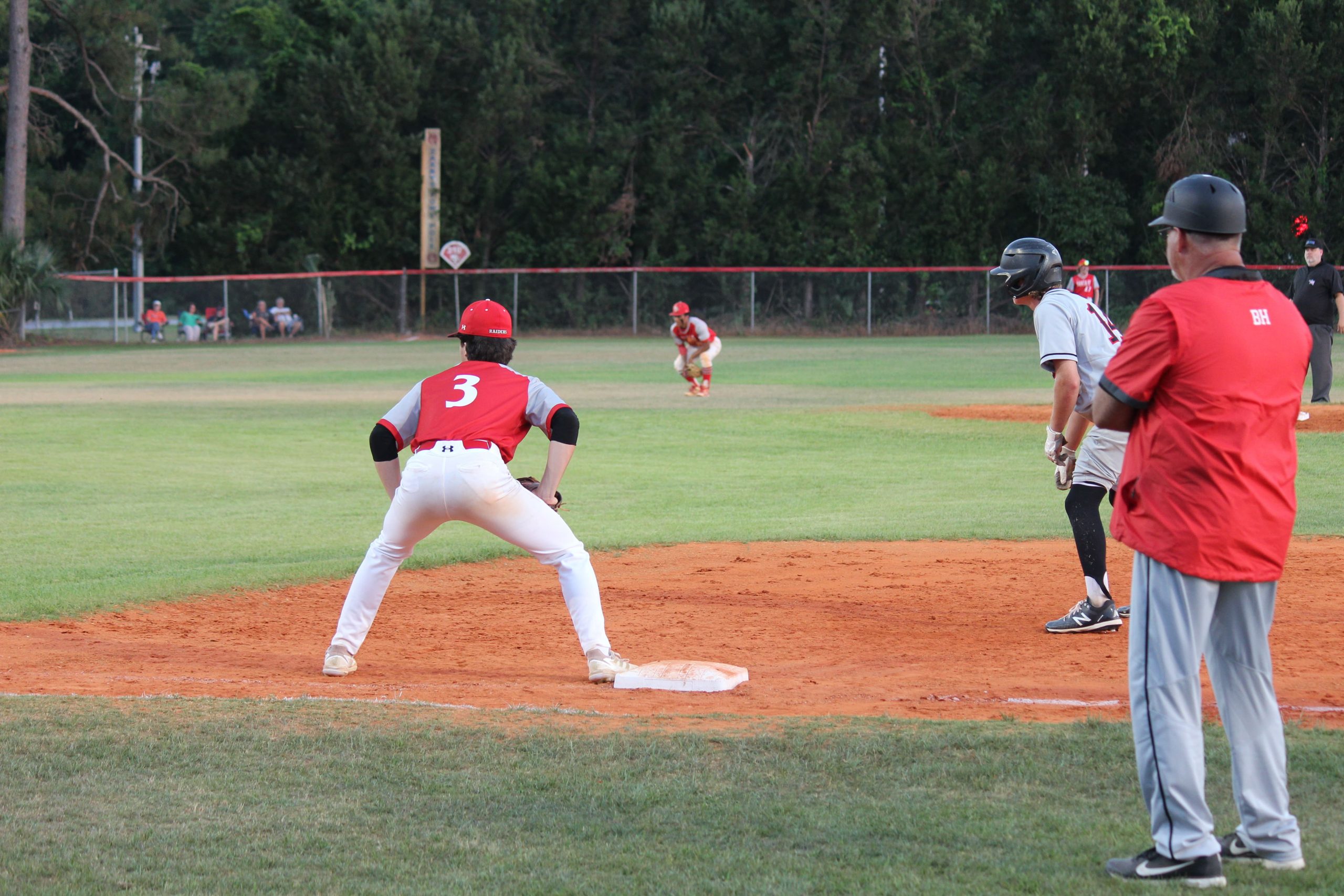 However, Brown continued to pitch a phenomenal game, also dealing strikeouts through the sixth inning. Starling took over pitching duties in the seventh inning, facing four batters and delivering two strikeouts to secure the victory.

How Deep Will the Raiders Go?

Those are the keys to advancing deep in the Florida high school baseball state playoffs according to Coach Yeckring.

The Raiders will host the first round of the region playoffs on May 11. The last time Santa Fe advanced to the regional final was in 2018.