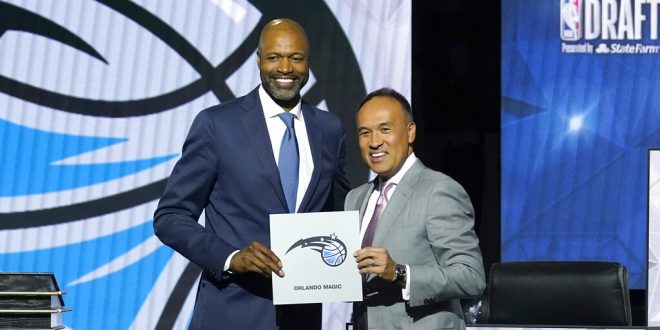 The Orlando Magic were awarded the first overall pick in the 2022 NBA Draft last night. Entering the night, the Magic had a 14% chance at securing the number one spot, tied with the Houston Rockets and the Detroit Pistons. After going 22-60 this season, Orlando finished second-to-last in the league.

The Orlando Magic have a long and successful history of first-overall picks. In 1993, just four years into their founding, they selected center Chris Webber, who won Rookie of the Year and was a three-time All NBA Second Team player. They would secure the top pick the year after, selecting Hall of Famer Shaquille O’Neal. In 2004, Orlando would be awarded the first overall pick again, selecting yet another big man, three-time Defensive Player of the Year Dwight Howard.

Current State of the Orlando Magic

The Magic are currently in a rebuilding phase, and this pick can help fast-forward their trajectory. With young up-and-coming players like Cole Anthony, Wendell Carter Jr. and Jonathan Isaac already in the mix, a first-overall draft pick will give this team a big boost in their depth chart.

Magic President of Basketball Operations Jeff Weltman says that they do not plan on trading the pick.

#Magic Pres. of Basketball Ops Jeff Weltman says they don't plan to trade 1st overall pick. Will work out as many of the top prospects as possible.

The Magic will be on the clock on Thursday, June 23rd at 8:00pm. The Oklahoma City Thunder will have the second selection followed by the Houston Rockets, Sacramento Kings and the Detroit Pistons rounding out the top five.