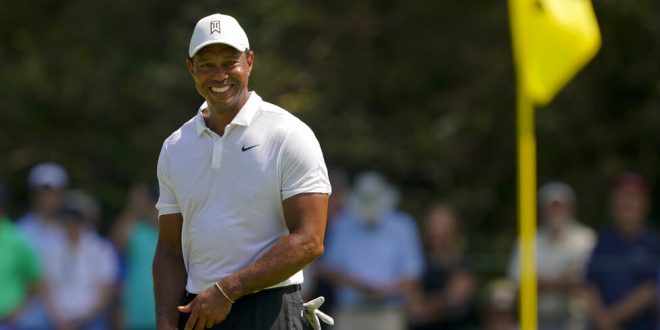 Tiger Woods smiles on the seventh green during a practice round for the PGA Championship golf tournament, Wednesday, May 18, 2022, in Tulsa, Okla. (AP Photo/Matt York)

The 2022 PGA Championship is set to tee off on Thursday morning at the Southern Hills Country Club in Tulsa, Oklahoma. The championship goes until Sunday.

Notable groupings for the @PGAChampionship:

Notably, 2021 champion Phil Mickelson is absent from the field. Additionally, a grouping of Tiger Woods, Jordan Spieth and Rory McIlroy headline the groupings.

After a tough performance at the Masters., Woods said he feels better heading into the PGA Championship after a car crash in February of 2021 nearly ended his career. At the 2022 Masters, Woods finished 47th scoring six-over-par after many thought he would not participate.

Heading into Thursday’s start, Woods said he continues to improve physically and mentally after Augusta, which he compared to climbing Mount Everest.

As far as training goes, Woods said he is prepared for the course even though there is still some pain.

2021 PGA Champion and three-time Masters winner Mickelson will not be defending his title as a result of comments made about the PGA Tour and his affiliation with the Saudi International.

McIlroy, who won the PGA Championship in 2012 and 2014, is disappointed that Mickelson isn’t participating considering Mickelson’s age and achievements. Mickelson won last year’s PGA Championship at 50 years old, making him the oldest major champion in history.

McIlroy has not won a major championship since 2014 when he won the PGA Championship and the Open Championship. Since then, his closest finish was a runner-up finish at the 2022 Masters to Scottie Scheffler.

Similarly, Woods explained that despite the different opinions over the PGA Tour, the participants miss Mickelson being out there.

Additionally, Jon Rahm, who won the Mexico Open in his most recent appearance, echoed McIlroy’s statement saying he would have liked to see Mickelson compete.

Rahm will tee off at approximately 2:36 p.m. with Scheffler and Colin Morikawa.

Former Florida Gator Billy Horschel will be playing in his 10th PGA Championship. He will look to improve upon his top-23 finish in 2021. This matched his best finish overall set in 2018. Additionally, Horschel is the only former Gator competing.

In the 2021-2022 PGA Tour, Horschel finished in the top-10 twice. He finished runner-up at the Arnold Palmer Invitational after going four-under-par.

At the RBC Heritage, his most recent appearance, Horschel finished tied for 21st with a score of eight-under-par.

Horschel tees off in Tulsa at approximately 2:58 p.m. along with fellow Kevin Kisner and Tommy Fleetwood.

Bryson DeChambeau has withdrawn from the PGA Championship due to a hand injury. pic.twitter.com/TB09t4IqQh

Bryson DeChambeau made last-minute headlines after withdrawing from competition due to a hand injury, announced by the PGA Tour Wednesday afternoon. DeChambeau was set to tee-off at 2:14 p.m. Additionally, he has not competed in over a month since recovering from wrist surgery. 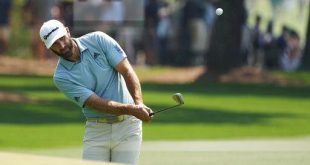