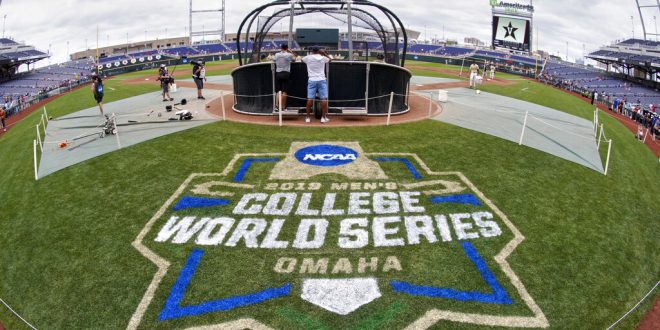 In the 2022 College World Series, three SEC teams- Texas A&M, Arkansas and Ole Miss- have made it to Omaha, Neb. for a chance to win it all. The No. 1 seeded Tennessee Volunteers, a seemingly unstoppable force, made a premature exit in a 7-3 loss against Notre Dame and will not get the chance to compete for the World Series title.

Texas A&M became the first team to punch a ticket to Omaha following a 4-3 win over Louisville. The Aggies have yet to lose throughout the tournament. After spending most of the season looking up at other teams in the SEC West, A&M has a chance to continue improving and end the season with a national title.

Arkansas began its series with a 4-1 triumph over No. 10 North Carolina, followed by a 4-3 win the next day to kick the Tar Heels out of the running. The Hogs’ pitching staff showed up in a big way in the Super Regional at UNC, holding a talented Carolina offense to just 4 runs and 15 hits to punch their ticket to Omaha.

The Rebels had a rocky start, entering the NCAA field as the 64th of the 64 selected teams. After the Rebels put up 22 runs against Arizona to sweep the Coral Gables Regional, they moved on to do the same to Southern Mississippi.

The Auburn Tigers will play game 3 of the Corvallis Super Regional Monday night. That match will decide who will be moving on to the College World Series. If Auburn wins, this will be the fifth time that four SEC teams have made it to the CWS, the last time recently in 2019.