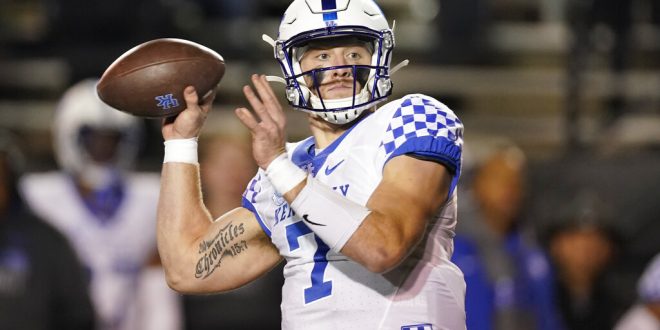 The 20th ranked Kentucky Wildcats open their season against the Miami (OH) RedHawks Saturday night in Lexington with kickoff set for 7 p.m.

The interconference matchup will be the 14th game between the two programs. Kentucky has dominated Mid-American Conference foes during that span, accumulating a record of 8-4-1 over the RedHawks.

The two teams last faced off in 2013 in Lexington. Kentucky dominated in 41-7 fashion.

What’s in it for Both Teams?

Kentucky has been trying to prove themselves as a SEC contender in recent seasons. The Wildcats have shown consistent improvement every year, thanks to the leadership of Mark Stoops. Although they are not facing an SEC opponent, getting off to a good start to the season is a step in the right direction.

Stoops also has a personal chip on his shoulder when it comes to Saturday’s matchup. Stoop’s would match Paul Bryant as the winningest coach in Kentucky football history with a win over the RedHawks on Saturday.

For Miami (OH), they are not expected to compete for a Top 25 ranking, but they are hoping to see improvement from last year’s 7-6 campaign.

Senior Tyrell Ajian leads Kentucky’s safety group. He recorded 46 tackles a pick-six last year and will look to take on a bigger role as a leader in the program.

Their depth at cornerback will also be important. Stoops brought in junior Keidron Smith from Ole Miss. With 65 tackles, two forced fumbles and two interceptions in his 2021 campaign, Smith will bring much-needed experience and talent to Kentucky’s roster.

Carrington Valentine is also a corner to look out for. The junior had 61 tackles, last season.

Mark Stoops talked about the importance and optimism he has for his veterans on defense.

The Wildcat with the most attention, however, is quarterback Will Levis. Entering his senior season after recording 2,800 yards, 24 touchdowns and a 66 percent completion percentage in 2021, many are projecting him to be a Heisman Trophy finalist and a first round draft pick.

The RedHawks have a very strong offense led by their deep wide receiver core.

Seniors Mac Hippenhammer and Jalen Walker both had impressive performances in 2021. They combined for over 1,100 yards receiving and nine touchdowns.

Indiana transfer Miles Marshall will also be added to the group. The former three-star recruit hopes to get a better opportunity on the RedHawks roster. With 22 receptions, he accumulated 311 yards last season.

Quarterback Brett Gabbert has some eyes on him, as well. The junior was impressive last year, throwing for over 2,600 yards, 26 touchdowns and only six interceptions.

Although the Wildcats are the heavy favorite in Saturday’s game, they are missing some key players.

Star wide receiver Wan’dale Robinson was drafted by the New York Giants, so Kentucky will have to put a lot of faith in their more unexperienced core.

Additionally, star running back Chris Rodriguez Jr is out facing a multiple game suspension. The senior ran for over 1,300 yards and nine touchdowns in 2021.

Journalism student at the University of Florida. Contributor for WRUF and WUFT. You can reach Aileyahu at a.markellshanes@ufl.edu or 786-316-5878.
@a_shanes10
Previous High School Football Preview: Week 2
Next Gators Set to Open Season Against Utah