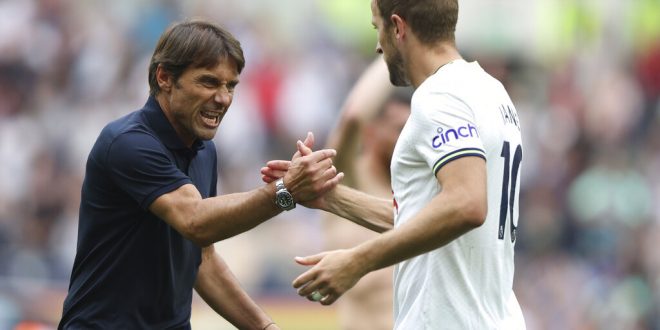 It’s not hard to believe that as a coach you have to be hard on your players. This too can be held true for Tottenham’s coach Antonio Conte.

No one is irreplaceable

Some fans may say that Conte had an outburst, others, well they just may disagree. This season during the champions league, Conte stated that “no one on this team is irreplaceable.”

This statement itself has pushed the team to work to the best of their ability for this season. Everyone wants their team to be the best, so when an entire team is working at their best, there are only good things to come. Tottenham is now ranked no. 3 in the Premier League, just below Man. City and Arsenal.

Tottenham as a whole has really taken this statement to heart. Conte’s tough love has brought out the best in a lot of the players. Harry Kane would be one of the best examples of just this. This season alone, Kane has scored six goals and has provided one assist.

Rodrigo Bentancur, a newer member of the team signing in January 2022, has also brought a lot to the team. In the Premier League, he scored one goal and played in six matches.

When one player plays well on the team, it really brings up the atmosphere. That really goes for any team. Conte has not only inspired Tottenham with his “tough love”, but has also pushed them as a team. Throughout this season, fans are really able to see that Tottenham is not only a team but also a family, brought together by one common goal. To be their best to get the best out of the team.