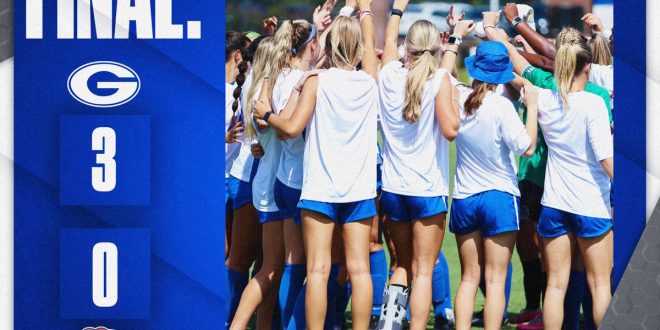 Gators Soccer lose 3-0 to the Georgia Bulldogs in Gainesville on September 25, 2022. Photo from @GatorsSoccer on Twitter.

The Gator soccer squad lost 3-0 to the Georgia Bulldogs Sunday. The Bulldogs scored three goals in 10 minutes in a heartbreaking second half. Florida has lost five games in a row and are 2-8 on the season.

Head coach Samantha Bohon was unhappy with the team’s performance and said she was “beyond frustrated.”

“I’ve challenged our staff to go back and figure out,” she said. “This was our poorest performance of the season.”

The first half mainly stayed quiet, with Georgia and Florida figuring out their plan of attack. Early in the first half, Florida had a tremendous opportunity on a forward run. The attack ended with a shot that beat the Bulldogs goalie. However, the Gators were called offsides.

In a physical first half, the Bulldogs dominated possession and attacking opportunities. When the halftime whistle blew, Georgia had seven shots on goal compared to just one for the Gators.

Georgia’s Joyelle Washington scored the game’s first goal with 31 minutes left in the second half, heading the ball on a cross form the right wing.  Mallie Mckenzie had the assist on the play. Georgia’s second goal came five minutes later in the 62nd minute in similar fashion. Taylor Rish scored a header off another cross from the right wing. Madison Haugen recorded the assist on the play, putting Georgia up 2-0.

Looking to answer, the Gators came down the field with an excellent offensive run but couldn’t finish after a shot bounced off the crossbar.

The Bulldogs went on the counterattack after the missed shot and scored their third goal with 22 minutes left in the second half.  Rebecca Womer knocked in the third and final Georgia goal.

Although the team trailed by three, the Gators defense never quit. Despite multiple Georgia attacking chances up until the final minute, Florida’s defense continued to be physical against the Georgia attack, putting their bodies on the line.

Coach Bohon said she was pleased with the defense and the goalie’s performance. Alexa Goldberg, the Gators’ keeper, had six saves on the day. When the final whistle blew, the Gators had taken four shots to the Bulldogs’ 19.

The Gators’ offensive struggle was the long ball all game. The attack had difficulty staying on side and continuously turned the ball over. Additionally, Florida was called offsides five times.

Coach Bohon admitted the team seemed fatigued and attributed it to them having to chase for possession all game.

“We’ve got to be better,” she said. “No line-up, no formation, no roster size, all that stuff. We’re not making excuses here. We’re taking this one, and we’re owning it.”

The Gators will be on the pitch again on Friday, facing the No. 8 Gamecocks in South Carolina. The match is set to begin at 7 p.m.

Previous USMNT vs Saudi Arabia Preview
Next Conte Talks Back 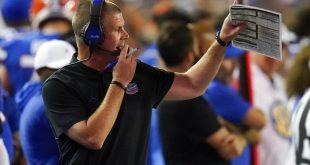 Billy Napier speaks about the Gators’ upcoming matchup against the No.1 Georgia Bulldogs

As the Florida Gators prepare for the No. 1 team in the country, the Georgia …