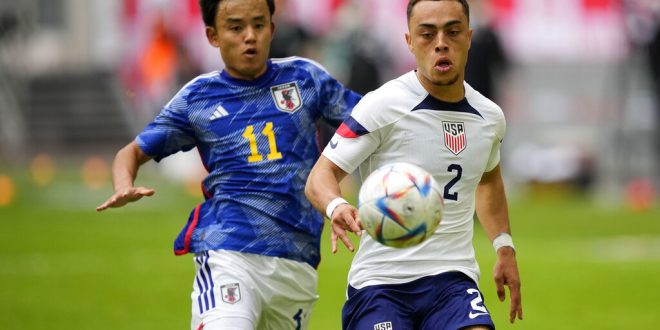 The US Men’s National Team travels to Spain to take on Saudi Arabia on Tuesday, September 27. Coming off a disappointing 2-0 defeat to Japan, Greg Berhalter’s side will look to rebound in their final game before they head to Qatar in November.

Berhalter announced his roster for the games last week.

Disappointed would be an understatement for the National Team’s performance against Japan. They didn’t manage a single shot on target the entire game.

The likes of Weston McKennie, Tyler Adams, Gio Reyna, and several other projected World Cup starters appeared against Japan on Friday. Questions can be raised all around the pitch about whether this team will be able to compete in Qatar.

Berhalter’s style of play encourages playing out of the back and domination of possession. In the first half alone, the US lost the ball 54 times in the defensive half of the field. This performance alone raises many concerns about the team’s identity under Berhalter.

In addition to defensive woes, the US lacked any creativity in the attacking third.  They were unable to create any big chances on goal for the entire duation of the match.

In all fairness, star winger Christian Pulisic did not play due to a knock he picked up with Chelsea. However, it’s unfair to say the team should have to rely on Pulisic to create chances for them.

At the end of the day, this game was simply an international friendly. Anyone who saw this team play in World Cup Qualifying or the Nations League knows this team can play at a high level.

With just under two months until the start of the World Cup, only Greg Behralter can tackle the challenges of exceeding expectations for the USMNT.

The USMNT should come out with something to prove when they take on Saudi Arabia.

The last time the USA and Saudi Arabia met was in 1999. The US won that FIFA Confederations Cup match 2-0.

Saudi Arabia has quite the difficult group in the World Cup. Argentina, Mexico, and Poland are all in the top 30 of the FIFA Men’s International Rankings.

Berhalter will most likely start a similar lineup to the one against Japan with a few minor changes. This time, the USMNT has a lot to prove if they want to be competitive in their group in the World Cup.