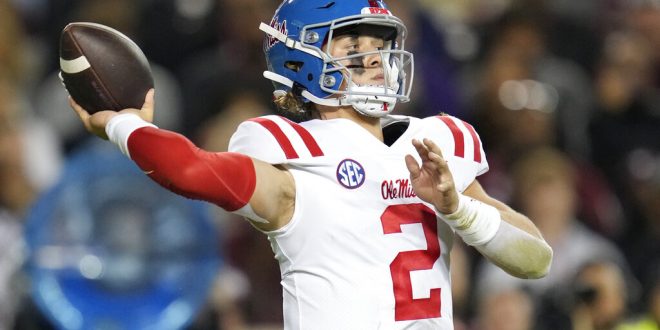 The Rebels Hit a Bye Week

Following their win against Texas A&M, the Ole Miss Rebels enter their bye-week.

When asked to comment on his team, head coach Lane Kiffin said the team was “trying to get healthy,” adding, “we’ve had a lot of injuries especially defensively, so just trying to clean some things up and get better.”

Most coaches are focused on doing the same thing, getting better. Most coaches aren’t Kiffin. While being focused on coaching, Kiffin is also determined to make this team be the best that Ole Miss has seen in ten years. This means that their players also have to be at their best.

When asked about Quinshon Judkins, Kiffin said, “He just was so competitive and such a hard worker and such a good teammate and so neat to be around. Ya know, very little ego, just thought he’d be really special.”

That’s exactly what Judkins did. Competitively, Judkins is known to have a lot of carries. Playing Texas A&M though, he carried about 30 to 34 yards. As a freshman defensive running back, this type of skill is something that is really sought after.

Kiffin is one of the most talked about coaches in the SEC. Whether it’s about his personality or ability to bring a team up the way he has, people are always talking. When asked about this outside noise, Kiffin replied, “I don’t tell them [the team] anything. We have a pro mindset here. Players have jobs to do, and coaches, and that’s how we run our program. I don’t tell anybody because it has nothing to do with anything. We have to prepare really well every day and be ready to play. It’s the toughest conference, the toughest division. I mean it’s really like the NFL. Every week is a grind, every game.”

Doing this allows the team to focus on what is important and not on what the world is saying. Kiffin considers this to be a team based on how they play, not off of what people say.

This week, the team is focused entirely on getting better and working on certain aspects of their game.

Ole Miss will return on Nov. 12 to play the Alabama Crimson Tide.