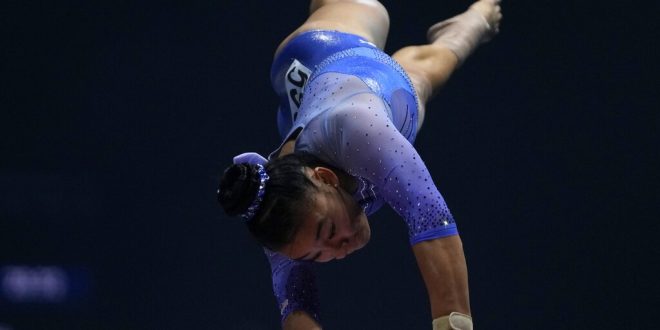 The sophomore joined the U.S. team to compete for the World Championships in Liverpool. This was the sixth consecutive gold medal for the U.S. in World Championships. The team had a final 166.564 points. Great Britain followed with 163.363 points for silver, and Canada won bronze with 160.563 points.

The U.S. led the vault final eight and took the second and third seeds for women’s all-around final. Wong will not be competing in the vault, uneven bars, balance beam or all-around finals.

Leanne Wong now has the complete set of hardware. This team gold medal was the last she needed to earn to have all three medals at the World Championships.

Wong had 13.433 points on vault, barely missing the qualifications for the finals, needing to beat Lisa Vaelen’s 13.499 points.

In the 2021 World Championships, Wong won silver for women’s all-around and won bronze for floor exercise. She also traveled to Tokyo in 2020 as one of the four replacement gymnasts for the U.S. Olympic Gymnastics team.

Wong was also the 2022 OOFOS U.S. Gymnastics Championships co-uneven bars champion as well as the 2022 U.S. Classic all-around, vault and floor exercise champion. She was an eight-time All-American and SEC balance beam champion in 2022.

Team USA in the finals

The all-around final is Nov. 3 at 2:45 p.m. Team USA has both Shilese Jones and Jade Carey competing. 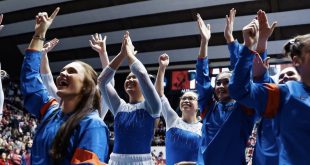 No. 2 Gators Gymnastics Travels to Arkansas for SEC Showdown