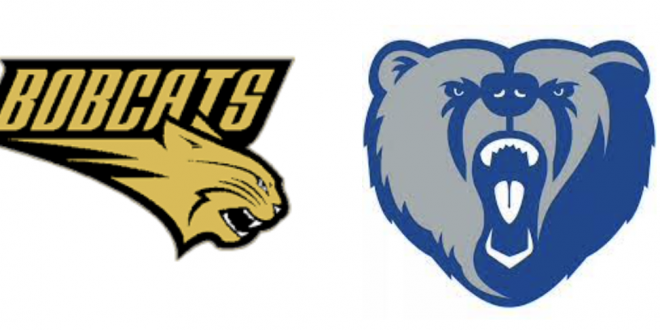 Bartram Trail and Buchholz will battle head-to-head this Friday in hopes of advancing to the state semifinal.

The Bartram Trail Bears had a remarkable and memorable regular season, revealing their inability to be beat as they went 10-0. With this impressive regular season performance, they secured the number one seed in the 4S Class playoff bracket. The Buchholz Bobcats had a successful 7-2 regular season, with Bartram Trail being one of their two losses. Both teams are locked in heading into this weeks game. The question is: who will rise to the occasion?

12-0 Bartram Trail dominated their previous playoff opponents, with a 50-20 win against Flagler Palm Coast in the first round and a 42-15 win against Creekside in the second round. The Bears have encompassed a sense of dominance all season, and they have taken this intensity with them into the playoffs.

Buchholz faced some challenges in their first playoff matchup, but fought for their season to continue, ultimately securing a 35-34 win over Pace. After this close game, Head coach Mark Whittemore emphasized their need to be more efficient moving forward. The Bobcats knew they needed to come out stronger, and they succeeded in doing so with a 54-33 win over Crestview in their second matchup. Now comes Buchholz’ biggest test: Bartram Trail.

The Bobcats and the Bears faced each other on Oct. 21 in the regular season. Bartram Trail outshined Buchholz on both ends of the field, particularly with a dominating defensive performance. This resulted in a 21-6 win and a district championship for the Bears. In addition to obtaining a district championship, the Bears also served Buchholz their first loss of the season. After suffering this tough loss, Buchholz is looking to get redemption. However, this time the stakes are higher as a championship title is on the line.

Crown them as kings of 4S-3 as @BTHS_Football wins the district title over Buchholz 21-6 on Friday night!

Bartram trail cornerback Sharif Denson and outside linebacker Caden Baldwin made crucial stops to hold Buchholz to six points in their game earlier this season. They pose a big threat to the Bobcats’ offensive line.

Buchholz quarterback Creed Whittemore and running back Quinton Cutler had impressive performances last week, so they are players to look out for going into Friday. Creed Whittemore serves as a great leader for the Bobcats. His leadership will be essential in rallying the team this week.

The 2022 FHSAA Football State Championship Playoffs in the 4s Class have been nothing short of exciting, and this particular matchup is highly-anticipated.

Who will advance to the state semifinal and who will have their season come to an end? We will find out on Nov. 25, with kickoff at 7 p.m.