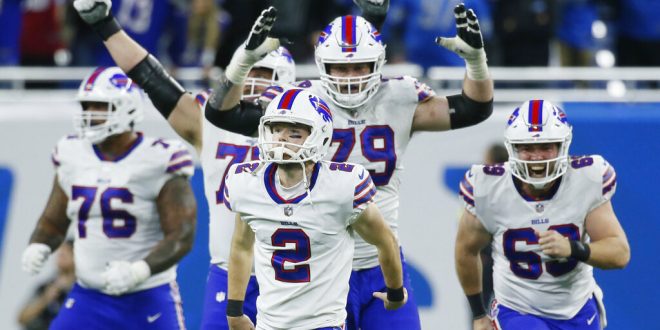 These AFC East foes face off for the first of two match-ups this season on Thursday Night Football as the Bills go for their third win in a row.

With an 8-3 record, the Bills are sitting at second in the division due only to a head to head loss to the Dolphins in Miami earlier in the season. The Bills have had some impressive wins, but also some bad losses. For example, the Bills had the Vikings beat three weeks ago at home headed into the fourth quarter. They blew a ten point lead and ended up dropping their second in a row after suffering loss at the Jets a week prior. Since then they have cleaned things up with victories over the Browns and Lions.

The usual stars for the Bills have showed up big gain this year. Josh Allen already has over 3,000 passing yards. Stefon Diggs is already over 1,000 receiving yards on the year as well. This pair will look to connect for some big plays tonight. Defensively, Jordan Poyer leads the way with four interceptions.

The Patriots have had an interesting year thus far. The AFC East is surprisingly one of the best divisions in football as the Patriots are at the cellar despite being over .500 with a 6-5 record. Early in the year there was a bit of a quarterback battle after Mac Jones was hurt and rookie Bailey Zappe stepped in and played some good ball. Since a loss to the Browns, the Patriots went back to Jones and have been playing well winning three of their last four.

Offensively, the Patriots will have to be better if they want to make a playoff push. They are bottom half of the league in both total rushing and passing. Per usual, the defense has had their back and kept the team afloat. They come in top ten in the league in points allowed with a number just over 18. They need a win Thursday to propel a late season push.